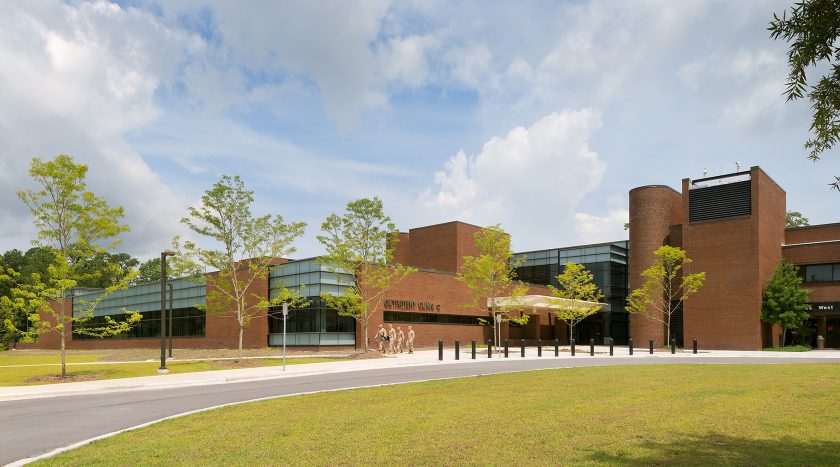 The hospital, which features a new 6,600 sq. ft. MRI addition, serves the military community, including warriors, retirees, and their family members. The entire project, scheduled to be finished this July, will also include a new pharmacy, radiology department, emergency department, dental labs, and a surgery suite.

All work completed by Griffin Electric was done while the hospital was still fully operating. The project was separated into 26 phases, or “Infection Control Restricted Areas” (ICRA), which allowed specific portions of the hospital to be renovated without impacting the provision of healthcare.

Griffin Electric was responsible for the lighting, power, and telecommunications work for the entire facility. This included installation of a 15 kV distribution for a new substation, as well as a new fire alarm system for the hospital.

“We are proud to have contributed to the Camp Lejeune Naval Hospital renovation,” said Griffin Electric president Wayne J. Griffin.“By working on limited areas at a time, the hospital has remained fully operational throughout the entirety of this project. Military personnel and their families sacrifice so much for our country, so we are pleased to have participated on this job to help serve this special community.”