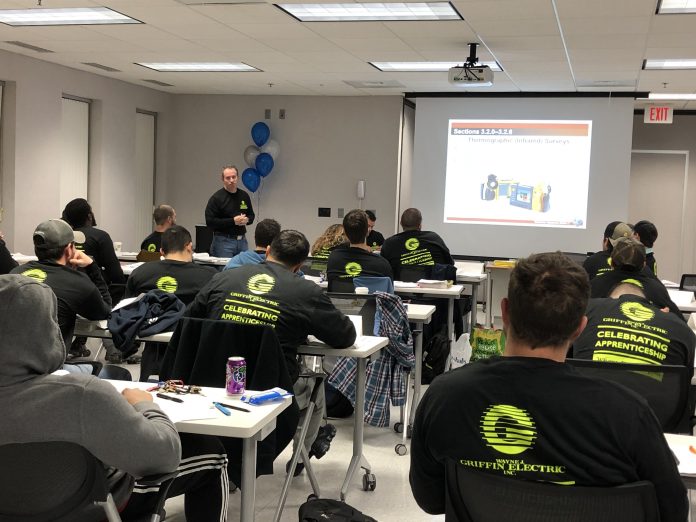 For the fifth straight year, Wayne J. Griffin Electric, Inc., a leading electrical subcontractor throughout New England and the Southeast for over four decades, proudly participated in the U.S. Department of Labor’s National Apprenticeship Week. The annual federal initiative, which fell on Nov. 11-17  this year, is an opportunity for businesses, communities, and educators to showcase their apprenticeship programs and their support for apprenticeship.

In recognition of its in-house Apprenticeship Training Program and the hard-working men and women who are enrolled, Griffin Electric celebrated National Apprenticeship Week at its offices in Charlotte and Raleigh-Durham, as well as the company’s three other offices in Holliston, MA; Pelham, AL; and Duluth, GA. 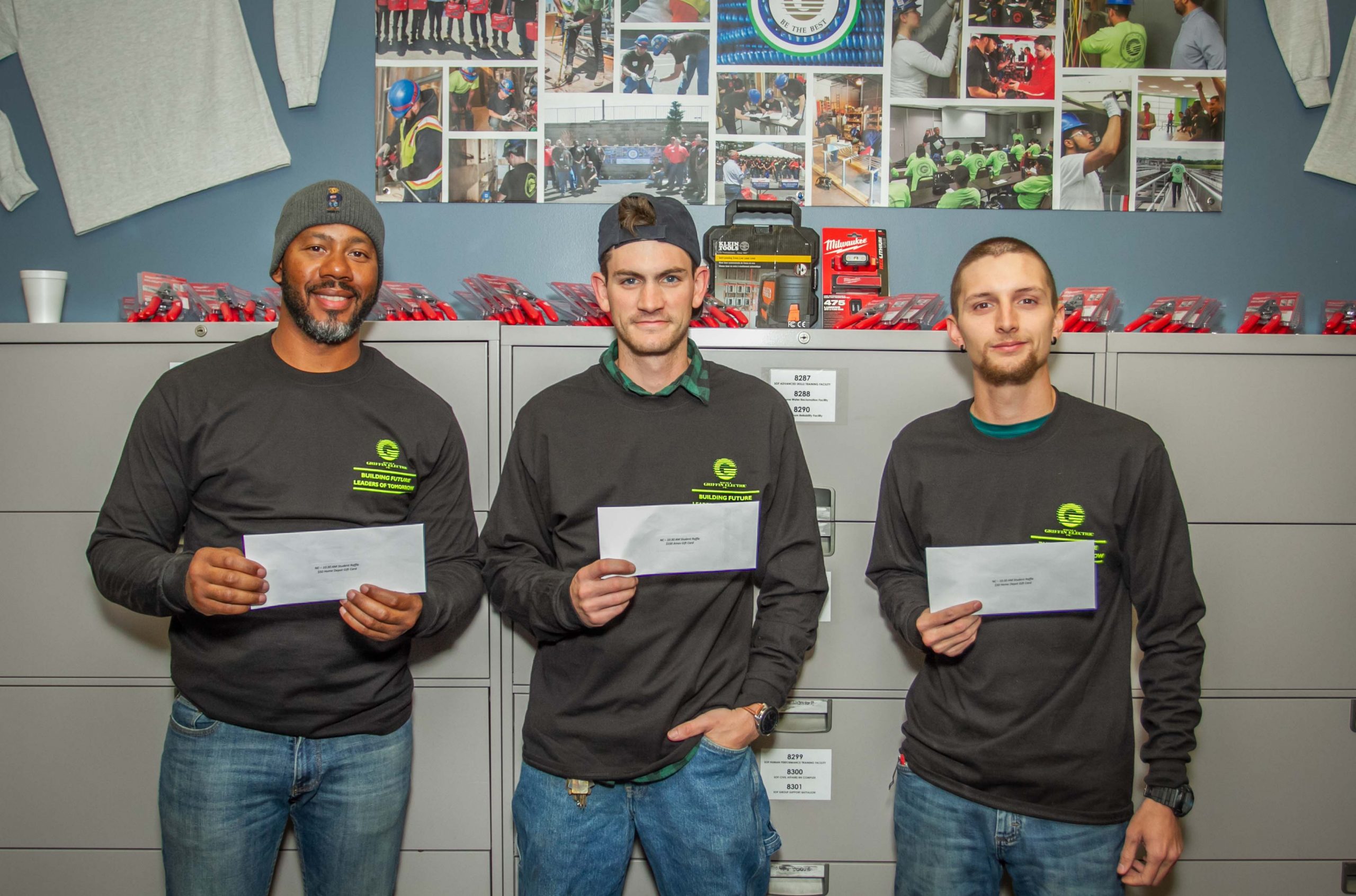 “The company values and is appreciative of not only its apprentices, but all its employees, who dedicate significant time and effort to make the Apprenticeship Training Program and Griffin Electric a success,” a company statement says. “The company was pleased to commence the week with a series of raffles, giveaways, and a special luncheon for students during Saturday classes. Additionally, project foremen at each of Griffin’s over 200 active jobsites treated their crew members to lunch during the week in gratitude of their apprentices and the licensed electricians who help mentor them”.

Priding itself on “Building future leaders of tomorrow,” Griffin Electric’s free Apprenticeship Training Program has prepared hundreds for rewarding careers in the electrical trade for more than a quarter of a century. The program is accredited by the National Center for Construction Education and Research (NCCER) and is designated as an approved training site by the U.S. Department of Veterans Affairs. 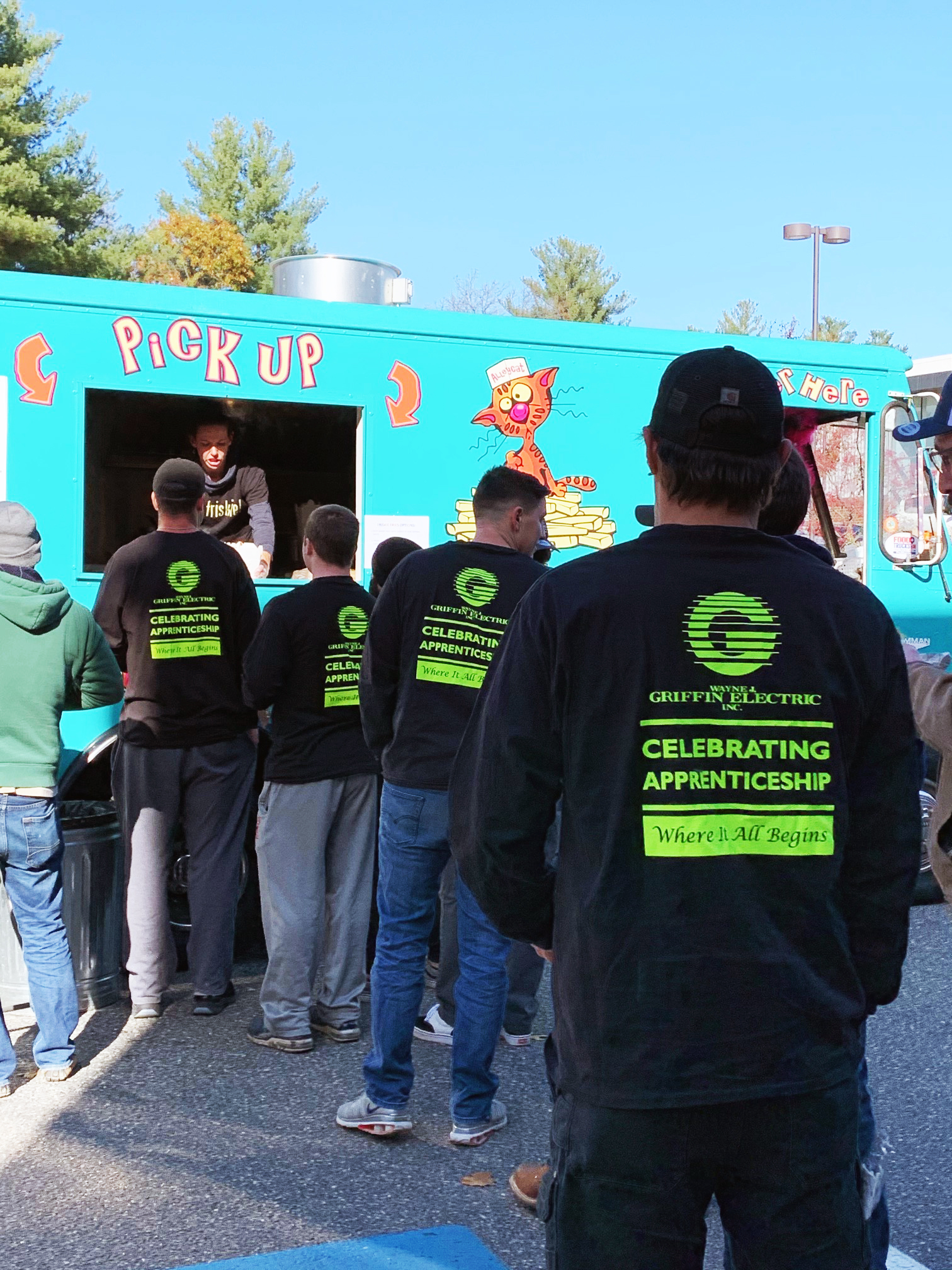 Throughout the school year, classroom and hands-on instruction takes place in the 27,500-sq. ft. of dedicated training space that is part of Griffin’s headquarters in Holliston, MA,
and on-site at each of the company’s regional offices. In addition to 600 hours of classroom instruction, Griffin’s apprentices benefit from on-the-job learning, where they earn excellent wages and benefits while gaining 8,000 hours of practical field experience under the supervision of a licensed journeyperson. Many Griffin apprentices and electricians grow with the company and even advance into foreperson, estimating, and project management positions.