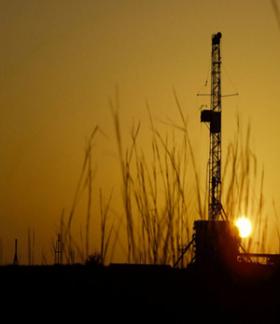 Like many public issues, drilling for energy resources in our country has both strong advocates and equally vocal critics. Supporters see domestic energy development as a route to national energy self-sufficiency and lower fuel prices. Detractors worry about possible costs to the environment and our health.

North Carolina has joined this debate. Estimates show our state has the largest reservoirs of off-shore energy resources of any East Coast state. There are also thought to be significant supplies of natural gas underground in the central part of the state.

This information has led to a push for developing North Carolina’s off-shore and on-shore energy resources, with the hope of creating substantial jobs, income and tax revenues for the state.

But what exactly will be the size of these economic effects? And how significant might be the environmental and other costs? Unfortunately, there have not been comprehensive answers to these questions, so – without any funding from any side of the drilling debate – I embarked on a study to find out.

It appears the largest economic benefits could come from off-shore drilling. Based on the mid-point estimates for off-shore energy quantities from the federal government and forecasts of energy prices from domestic and international sources, I estimate that more than 1,100 jobs and $181 million of annual economic activity would be created during a seven-year period of building the necessary infrastructure for drilling off-shore.

Then, assuming a 30-year production period, off-shore energy operations could create almost 17,000 jobs and $1.9 billion of yearly economic activity. Importantly, these economic numbers are only for North Carolina and do not include jobs or incomes going out-of-state. The numbers also include effects on suppliers and other supporting firms.

The average quantities of on-shore energy resources estimated by geologists are significantly smaller than for off-shore, so the economic-impact estimates are also lower. I calculate that just shy of 500 North Carolina jobs and $80 million of new annual economic activity would occur in our state while wells are drilled and supporting infrastructure constructed. Then, as the energy resource is being accessed and produced, 1,400 jobs would be supported and $158 million of yearly commerce would be created.

But these estimates are very, very sensitive to two factors: the amount of energy resources that exists and the future prices of those resources.

Forecasts of future energy prices are also fraught with uncertainty. Higher prices increase the economic value of the energy. And higher prices also make it profitable for energy companies to spend more exploring and finding more energy. But lower prices send these two effects in the opposite direction.

The point is that different assumptions about how much recoverable energy resources exist for North   Carolina and the prices of these resources can dramatically change the estimated economic effects – both up and down – sometimes by a factor of 100!

What about the potential downsides of energy production in North Carolina? For off-shore production, I estimated the average annual cost of damage from oil spills. Using average spillage rates for the last 40 years and estimates of costs per spill, I calibrated the likely average yearly cost to be $83 million. Of course, improved technology and safety related to drilling could reduce these costs.

On-shore energy development from hydraulic fracturing is relatively new, so less data are available. However, several studies have found a negative relationship between on-shore energy production activities and residential property values. Unfortunately, the potential range of the effect is quite large, but applying the results suggests possible – and I emphasize, possible – property value declines between $600 million and $4.7 billion in affected North Carolina counties. The lower property values reflect the perceived adverse effects from drilling.

All these numbers and estimates are subject to change as new information becomes available. But hopefully my study can serve as a baseline for further debate and discussion. Read More.

Reprinted from the May 16, 2013 issue of News & Observer.  Michael Walden is a William Neal Reynolds Distinguished Professor in the Department of Agricultural and Resource Economics at N.C.State.