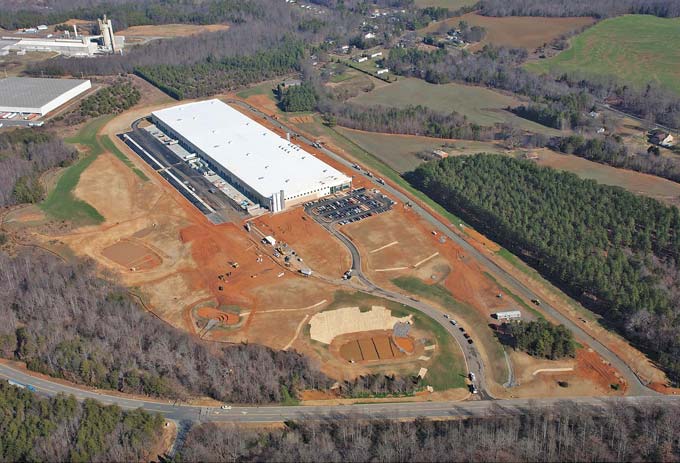 For the fifth  year in a row, the Greensboro-High Point metro area earned a Top 10 national ranking for attracting new industry among areas of similar size. For 2011, the nationally distributed Site Selection magazine placed the local metro seventh in the U.S. among regions with populations of 200,000 to 1 million.  In the same category, the Hickory-Morganton-Lenoir metro area tied for ninth.

“Having a nationally recognized publication recognize our (metro) to be one of the best in the country is a win for our entire region,” said Loren Hill, president of the High Point Economic Development Corp. “Our area has been able to make significant project announcements over the past year, during very difficult economic times.”  Dan Lynch, president of the Greensboro Economic Development Alliance, said the region’s selection “validates that we are on the right track.”

Nationally, among cities of 10,000 to 50,000 people, Statesville-Mooresville claimed the top prize,  Lexington-Thomasville finished fourth and Shelby came in fifth.

The magazine focuses on projects that involve an investment of at least $1 million, create at least 50 jobs or add at least 20,000 square feet of floor space.

With 28 corporate facility projects in 2011, Statesville-Mooresville, N.C., secured more expansion deals than any other micropolitan area in the U.S. Wooster, Ohio, finished second with 21 projects, followed by Cullman, Ala., which had 20.

This marks the eighth time in the last 10 years that Statesville-Mooresville has earned the title of  Top Micropolian Area in the country. The U.S. Census Bureau defines a micropolitan area as a rural county whose largest city does not exceed a population of 50,000. The U.S. has a total of 576 micropolitan areas. Adding to Statesville-Mooresville’s dominance is the fact that since 1999, this small-town area has finished lower than second in the rankings only once.

“The activity in the past year has been phenomenal,” says Robert Carney, executive director of the Mooresville-South Iredell Economic Development Corp. (MSIEDC). “This community is successful in economic development because it has so many assets for business. We have logistics, access to three major Interstate highways, a beautiful lake, and public and private support. Our leaders recognize the importance of being an employment center rather than a bedroom community to other areas.”   Read More.