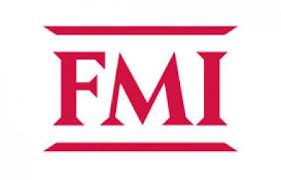 FMI, which provides management consulting and investment banking to the engineering and construction industry, recently released its Q4-2013 Construction Outlook.

The forecast predicts 2013 to end with 7% growth for the construction industry as a whole.Final statistics for construction-put-in-place will be available April 2014.

Growth in manufacturing construction will end around 4% for 2013. This upward trend will continue, reaching 6 percent or more starting in 2015.

After several years of sharp decline during the recession, lodging construction continues its solid comeback in 2013, growing 18%. This sector is expected to grow another 10% in 2014. Improvement of existing properties will continue to be a focus for the industry.

The recent announcement of a $672 million stadium for the Atlanta Braves gives amusement and recreation construction a 2014 boost.Construction put in place for 2014 should reach $15.7 billion, with additional growth through 2017.

Completed construction of transportation projects in 2013 is expected to end 12% above 2012 levels, with additional growth of 6% in 2014. The airline industry is expected to play a role in this growth. Airlines are now ordering a record number of new planes to prepare for growth over the next decade.