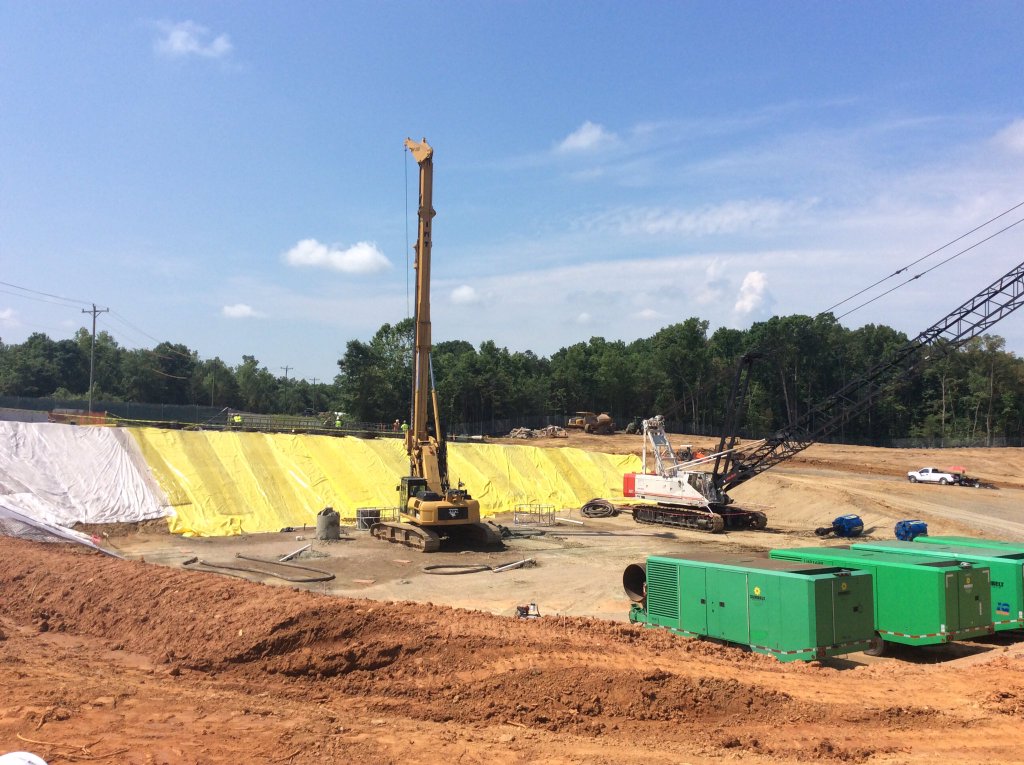 Charlotte Douglas Airport (CLT) officials and the Federal Aviation Administration (FAA) hosted a ground-breaking event on June 2 for a new tower, which will make be among the first in the nation to use a new, satellite-based technology known as NextGen.

The FAA has selected Archer Western Construction to construct the new $60 million air traffic control (ATC) structure, which includes a 42,000 sq. ft. building beneath it to house the 179 workers who handle CLT flight traffic. (A small group of controllers will work from an 850 sq. ft. cab located at the top of the tower.) Another $52 million will be spent on a combination of air traffic equipment, installation and training — and to knock down the existing tower.

“Clearly, this is a state-of-the-art facility,” city aviation director Brent Cagle told Charlotte Business Journal writer Erik Spanberg, noting the tower will be the second-tallest in the U.S. “I can’t say enough about how important this tower is to the airport and to our development. It will really allow the airport and the FAA and (hub carrier) American Airlines to continue growing in a safe and efficient manner. We’ve needed the tower for many years and we’re happy the FAA is able to bring a new tower by 2019.”

The FAA anticipates construction will be completed in 2018, with the tower “fully operational” in either late 2019 or early 2020.

“This is a long day that’s been a long time coming,” U.S. Transportation Secretary Anthony Foxx said, recalling his lobbying for the project when he was Charlotte mayor from 2009 to 2013. Ray LaHood, Foxx’s predecessor as federal transportation secretary, told then mayor Foxx that the project was a go in 2013, pending some details.

“We couldn’t announce it at the time and it’s taken about three years to get those details ironed out. I would just tell you, don’t stop, keep going (with projects). Because you’ve got a bright future you’re building for citizens still to be born here.”

Charlotte mayor Jennifer Roberts and other speakers pointed to the consistent air traffic and passenger growth here as the basis for the tower. At 370 ft., the tower will be more than double the height of the existing 155 ft. tower that opened in 1979. With a better vantage point — the current tower was built in the middle of a parking lot — and updated technology, the airport will be both safer and more efficient, representatives from the FAA, American Airlines and aviation safety experts have said.

“This will ensure that our air-traffic controllers have a clear line of sight to all the areas of the runways and taxiways and it will also give clear lines of sight to new runways that have been planned in the coming decades,” said Michael Whitaker, deputy administrator at the FAA. He was referring to two more parallel runways — there are three now — included in Charlotte Douglas’ expansion blueprint.