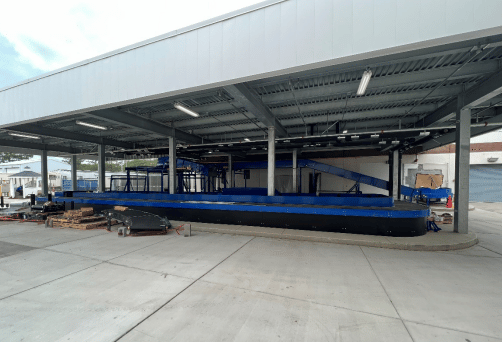 “The infrastructure improvements we’ve made at the Fayetteville Regional Airport include improved circulation within the building, improved safety and sTSA screening enhancements, ADA upgrades, and an upgraded restaurant and USO areas,” said Dr. Toney Coleman, airport director. “We aim to keep FAY the choice for regional travel and know an exceptional resident experience in both services and facilities makes a difference.”

More than $37 million was budgeted or renovations, funded through grants from the Federal Aviation Administration, State of North Carolina, and Airport Fund Balance. No tax-based general fund dollars were used.

Terminal Renovations Phase II began in early 2020 following the completion of phase I which added four new jet bridges, a complete demolition and rebuild of Concourse A and a new restaurant along with utility upgrades and improvements to PWC transformers.