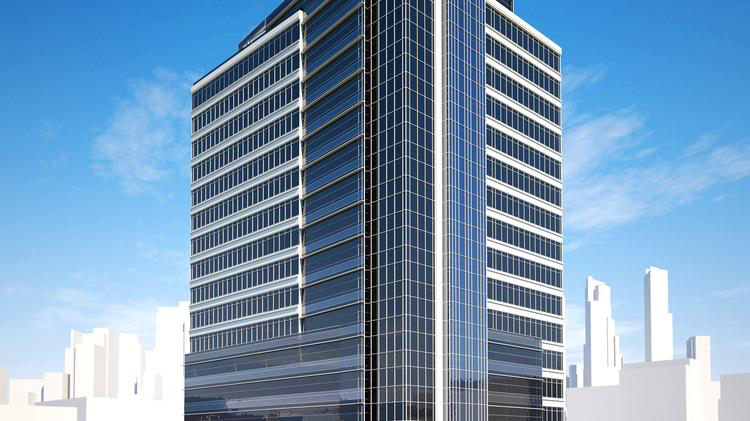 Cary real estate developer Gregg Sandreuter says he is close to signing a financing deal to break ground on the $75 million, 19-story The Edison office tower in downtown Raleigh.

The project at the corner of Wilmington and Martin streets has been years in the planning stages for several years.

The project will likely have a 19-month construction schedule.  If work begins in the fall, the building should be ready for occupancy in the summer of 2017.

“The proposed new office and retail building is the third and final building planned for the four-acre Edison city block that’s bound by Wilmington, Blount, Martin and Davie streets,” Triangle Business Journal reports. “The 23-story Skyhouse Raleigh apartment tower opened earlier this year, and the six-story Edison Lofts apartment building in on target to open in January 2016. Sandreuter is also a partner in those projects.”

But the timing wasn’t good — as the recession and real estate market collapse would soon cause put a dent into the plans for the property, purchased from Progress energy.

“Originally we had planned multiple office buildings, and then the world changed,” he told the Triangle Business Journal. “Residential demand came back first, so we built Skyhouse and Edison Lofts. Now office demand is growing, so we’re starting The Edison. We expect to complete construction documents in September and start construction this fall.”

The new building will have 11 floors of offices, with about 8,300 sq. of in-building parking and street-level retail.