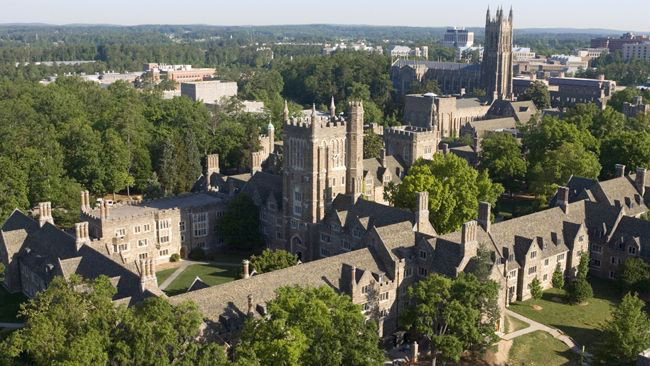 Duke Energy and Duke University have announced a $55 million project partnership that the organizations say will lead to cleaner and more efficient power for the university and the surrounding community.

Under a proposed 35-year agreement and subject to approval by the North Carolina Utilities Commission, Duke Energy Carolinas proposes to own, build and operate a 21-megawatt natural gas combined heat and power facility on the Duke University campus in Durham.

“This partnership will provide value for Duke University and will accelerate our progress towards climate neutrality,” university executive vice-president Tallman Trask III said in a news release “By combining steam and electricity generation systems, we can increase efficiency and reduce our overall consumption by millions of units of energy each year, and have a positive effect on the community at large.”

Duke University’s Climate Action Plan includes a focus on reducing campus energy use and increasing efficiency of energy production. The plan contains a commitment to become carbon neutral by 2024.

In addition to 21 megawatts of power, the facility would be capable of producing roughly 75,000 pounds per hour of steam, which would be sold to Duke University for heating water among other things. The facility would be connected to an existing substation located on the campus, which serves the university and its medical center as well as other customers.

By displacing the current electricity mix and boilers currently serving the university, the project would lower energy-related carbon dioxide emissions at the university by about 25 percent. In the future, the project could also be used to isolate the critical loads on the campus, providing a method to increase reliability to hospitals and clinics as additional grid back up.

If approved by the, N.C. Utilities Commission, the project is expected to come online in 2018.

Duke Energy and Duke University are separate organizations – both with a connection to noted businessman James B. Duke (1856-1925).