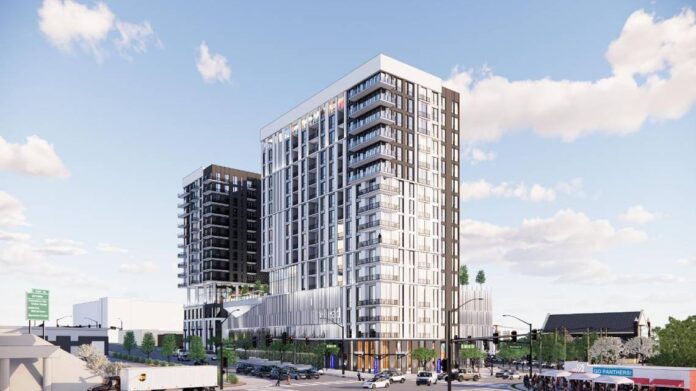 Texas developer Aspen Heights Partners has started work on a $166 million tower near the Bank of America Stadium in Charlotte.

The 12-story structure will include 393 apartment and townhouse units, and a five-story parking deck, the Charlotte Observer reported on April 29.

“The development of the high-profile site near Interstate 277 follows a decision last year by Charlotte City Council to rezone the nearby 55-acre Pipe and Foundry site,” the published report says. “It paved the way for additional development, including the possibility of a new stadium, as well as retail, hotels and restaurants.”

Six vacant buildings on the site will be demolished, a spokeswoman for Aspen Heights told The Charlotte Observer in an email.