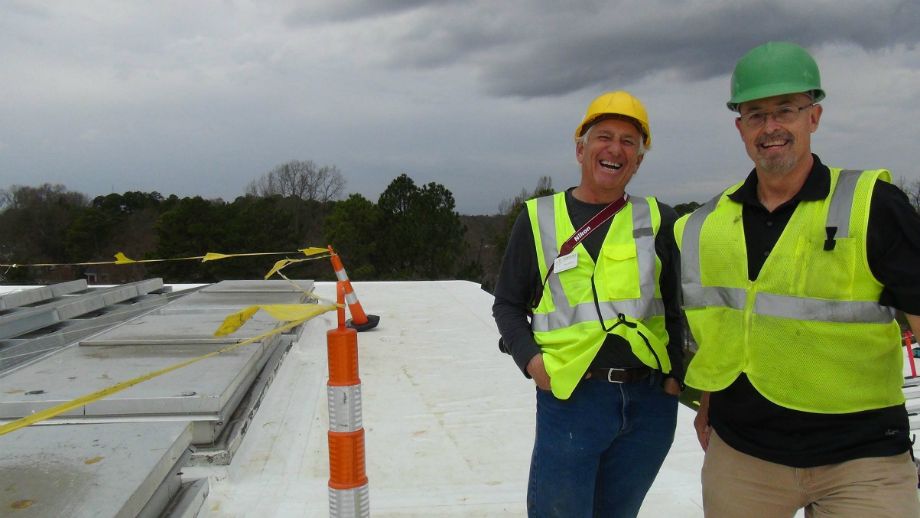 Catawba College is preparing for the second phase of its solar installation project.

The project, which will likely begin in June, will include installing photovoltaic panels on Hayes Field House, Shuford Stadium parking lot and Abernethy Physical Education Center and solar water heating in Hayes Field House and Woodson, Stanback and Barger-Zartman halls.

The college has completed Phase I of its solar installation, which will ultimately provide nearly one megawatt of solar electricity for the campus.

A Salisbury Post report says the eight new solar electric systems will produce more solar electricity than that produced by all the other colleges and universities in North Carolina.

The installation, which includes solar electric systems, solar water heating systems, campus-wide water fixture replacements and extra insulation in the roofs, is projected to save the college nearly $5 million over the next 20 years and more than $11 million over 30 years. It will also reduce annual carbon emissions by nearly 1,050 metric tons.

“This a shining example of the great things that can be accomplished when our trustees, administration and others in our college community come together to both reduce our energy consumption and lower our carbon footprint,” says John Wear, executive director of the Center for the Environment at Catawba.

It is uncommon for systems to be mounted on existing rooftops and parking lots, as Catawba’s is, says Mike Nicklaus, president of Innovative Design, the project’s consultant and facilitator. More often, the projects are installed on large field areas. “Catawba’s project is significant because it doesn’t take up additional land resources,” he was quoted as saying.