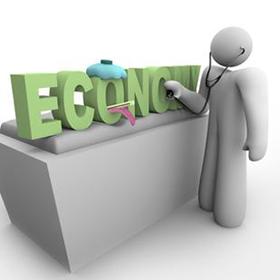 All major segments of construction spending increased in October, bringing total spending to a 37-month high at an annualized rate of $872 billion, according to an analysis of new federal data released today by the  Associated General Contractors of America.  Association officials warned, however, that the “fiscal cliff” imperils future improvement in both public and private spending.

“Widespread gains in spending in October, along with hefty upward revisions to estimates for the previous two months, show that construction has finally come out of its long slump,” said Ken Simonson, the association’s chief economist. “Although all major spending categories are far below pre-recession highs, they are well above their recent low points.”

Simonson noted that total construction spending rose for the seventh consecutive month in October, up 1.4 percent from September’s upwardly revised total and 9.6 percent from the October 2011 mark, bringing the total to the highest level since September 2009.  Private residential spending reached the highest level since November 2008, increasing by 3.0 percent compared with September and 21 percent during the past 12 months.  Private nonresidential construction edged up 0.3 percent for the month and 11 percent compared with October 2011.  Public construction rose 0.8 percent in October, but slipped 1.0 percent year-over-year.

Within the private sector, all three residential categories set multi-year peaks. New single-family construction rose to the highest mark since November 2008, climbing 3.6 percent for the month and 29 percent over 12 months. New multi-family construction hit a three-year high, soaring 6.2 percent for the month and 53 percent since October 2011. Improvements to existing residential structures—a category likely to grow further once reconstruction from Hurricane Sandy is included—climbed 1.8 percent in October and 8.9 percent over the year to a five-year high.

Stephen Sandherr, chief executive officer for the construction trade association, urged Congress and the White House to reach a quick and lasting agreement on federal spending, taxes and the debt ceiling. “Without greater certainty on tax rates and federal spending levels, both private and public construction will quickly reverse recent gains, throwing newly-hired workers back into unemployment,” he said. “In addition, it is vital to provide funding to enable struggling communities, businesses and individuals to rebuild after the devastation from Hurricane Sandy.”  Read More.