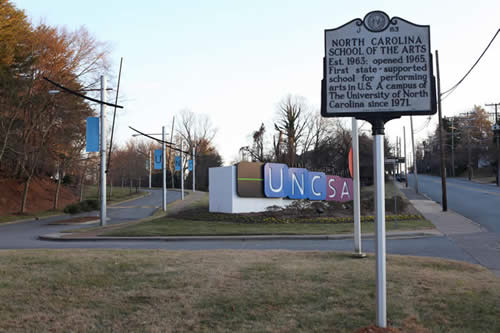 Construction is near completion on four new buildings of the UNC School of the Arts, reports the Winston-Salem Journal.

The new buildings will change the face of the university’s campus and enhance the education of its students, according to school administrators.

The buildings —a library, film production design facility, campus police station and a central storage warehouse — are scheduled to open in phases by May, said Stephen Atkinson, the university’s architect.

The buildings cost a combined $45.79 million, which was paid for with state bonds and money from the N.C. General Assembly.