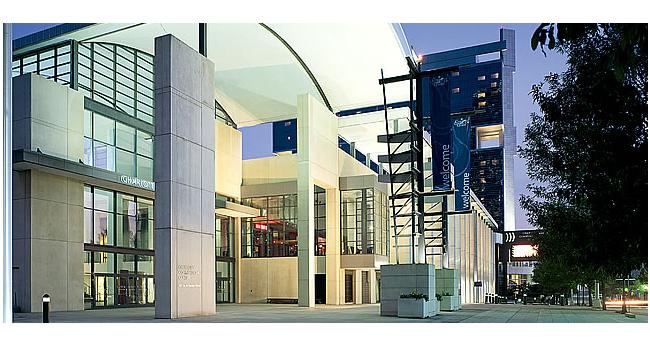 The 21-year-old Charlotte Convention Center could get a $100 million renovation over the next six years, according to Charlotte Regional Visitors Authority.

Under the proposal, the convention center’s footprint would not expand onto new property, at least not in the short term. But the center’s meeting space would grow by about 34,000 sq. ft., mostly by rebuilding the center’s facade facing Stonewall St.

Tom Murray, CEO of the visitors authority, told council that a combination of changes in the convention business and the age of the building make the changes necessary. The convention center, bounded by Brevard, Stonewall and College streets and Martin Luther King Jr. Blvd., opened in 1995 and cost $150 million to build.

An 18-month study by Jones Lang LaSalle Destination Planning Services and architect TVS Design led to the initial concepts introduced in late September. Murray told council the visitors authority will next refine the nine recommendations and sharpen the construction budget. The $100 million figure is a rough estimate, Murray said.

The convention center today is focused on large exhibit space. Those are the large, unfinished rooms in the center’s lower floor, with 30 ft. ceilings.

Only 18 percent of the Charlotte center is for smaller meeting space. Murray said newer convention centers have as much as half of their space dedicated for meeting space.

“Our market has changed,” Murray said in a story reported in Charlotte Business Journal. “It’s less exhibit focused. It’s more meeting focused. In the past (meeting planners) wanted four white walls and keep everyone out. Now they want an authentic feeling about Charlotte.”

Council members responded with enthusiasm to the plans, which include a pedestrian bridge and so called linear park to be built on both sides of the existing light rail bridge across Stonewall St., a project that would provide better access for convention attendees staying at The Westin. A park style pedestrian space on each side of the light rail bridge would also provide direct access to the Whole Foods anchored development — Crescent Stonewall Station — opening next year.

The visitors authority envisions those projects as a likely first phase that would begin as soon as next summer, the start of fiscal year 2018. Additional work would be completed in stages as part of a five-year renovation, including the conversion of an outdoor terrace into a flexible, enclosed, atrium style space along MLK Blvd., an event space above the light rail stop and dividing a ballroom into multiple meeting rooms.

Because the Charlotte economy has been booming, uptown hotels have found they can make more money on regular business travelers. That has created a conundrum for the CRVA, whose mission is to put “heads in beds.” How much should the city invest in conventions when the hotel industry is doing well, mostly on its own?

But there are a number of new hotels under construction, and Murray said an increased supply of hotel rooms should increase demand for conventions.

“We have 1,000 hotel rooms under construction,” Murray said. “We think those things are correcting themselves.”

Conventions and conferences have become lighter on exhibits and instead emphasize technology and flexible meeting space as well as an overall experience that connects attendees to the host city. In the latter sense, Charlotte benefits from the convention center being located uptown, within walking distance of museums, restaurants and sports venues.