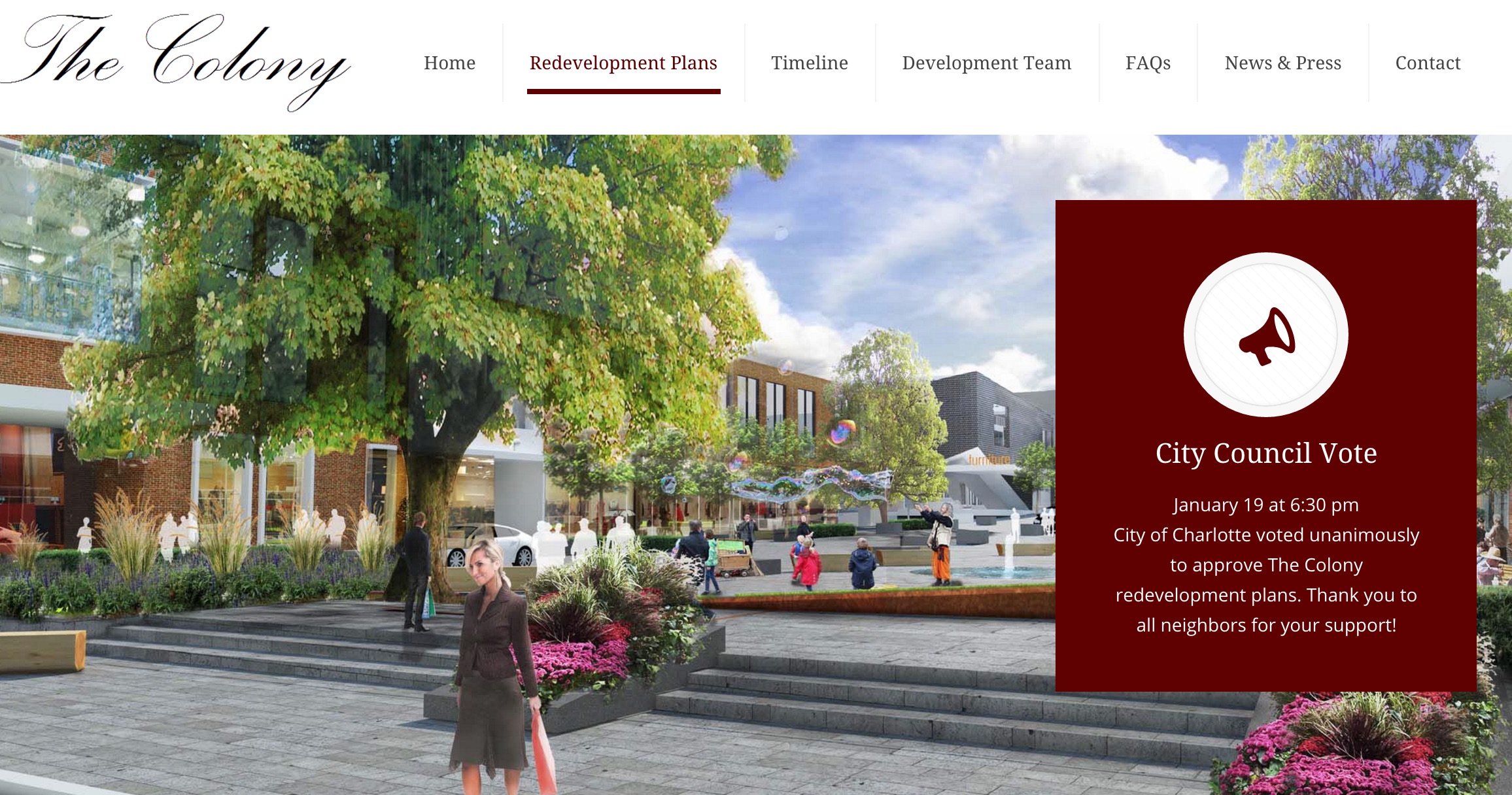 Charlotte City Council has approved a major redevelopment plan that will reshape a large part of SouthPark, adding another dense, urban mixed-use development to an area that originally grew around a suburban shopping mall.

Council members said they were concerned about the effects the plan by owner Synco Properties and partner Schlosser Development Corp. to redevelop the aging Colony apartments at Sharon and Colony roads would have on traffic, the Charlotte Business Journal has reported. But, council members said the overall benefits to the area, as well as the promise of including affordable housing, won them over.

Meanwhile, Cousins Properties has asked for a rezoning to build a regional headquarters for investment firm Dimensional Fund Advisors on a 2.3-acre site in South End, on a site bounded by South Tryon St., Camden Rd. and Park Ave.. The proposed site plan proposes a possible 285,000 sq. ft. with seven floors of office space over ground-floor retail.

The rezoning is for 371 acres on the northwest corner of the intersection of Rocky River Church Rd. and Albemarle Rd. to allow for the development of an active-adult residential community, a neighborhood shopping center and medical and general office uses. The development would include up to 290,000 sq. ft.  of commercial space (including retail, general and medical office).

The Bainbridge Companies requested a rezoning to build as many as 210 apartment units in South End.

The Florida development firm proposes the multifamily development for 1.6 acres at the intersection of South Blvd. and Poindexter Dr.  With strong support from the surrounding neighborhoods and affordable housing units, the rezoning request passed unanimously.