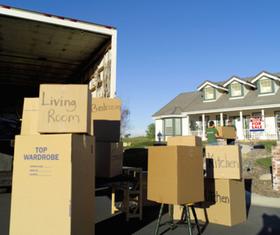 Charlotte is among the nation’s most popular destinations for relocation, according to a United Van Lines study of moving trends.

The Charlotte Business Journal reports the Queen City ranks No. 8 on the study’s list of most popular cities for families to move to this summer. And Charlotte is included among the top cities for growth, which United Van Lines defines as metro areas where more people are moving in than moving out. The other top growth cities are San Jose, Calif.; Houston; Seattle; Dallas; and Phoenix.

The most popular cities to move to are Washington, D.C., Chicago, Atlanta, Phoenix and Dallas.  Read More.