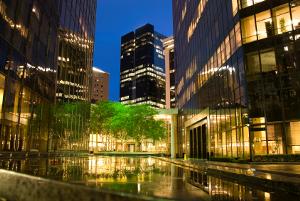 New numbers from the U.S. Census Bureau rank Charlotte city as one of the fastest-growing towns in the country, reports the Charlotte Observer.  From mid-2010 to mid-2011, numbers released this week show Charlotte’s population increased by more than 19,600, ranking it ninth among U.S. cities.

The new statistics aren’t a surprise, said Tony Crumbley, the vice president of research for the Charlotte Chamber. “We’ve grown through major recessions,” Crumbley said. “A lot of people didn’t move – people couldn’t move, couldn’t sell their homes – and this type of thing is an indication that people who are able to move are still choosing to move to Charlotte.” He said the city’s quality of life, location and relatively low cost of living (93 percent of the national average ) continue to attract newcomers.

Charlotte’s population now stands at 751,087, the census estimates.  New York City, which added nearly 70,000 new residents, was the only other city among the Top 10 located on the East Coast. Thirteen of the 15 fastest-growing large cities (with a population of 50,000 or more) were in Texas.

Several N.C. cities grew at a faster pace. While Charlotte’s population increased nearly 2.7 percent, Cary’s population increased 3.24 percent and Raleigh’s by 3.1 percent.  Even with the economic turmoil, Charlotte saw some of its strongest population gains of the past 20 years during the late 2000s, according to Chamber population estimates. “It’s not the booming town it was,” said Kozar, “but it’s still attractive.” Read More.