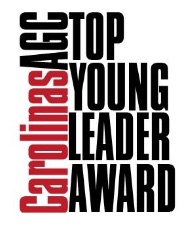 The award recognizes “those, 40 and under, who play critical roles in the community and professional arenas of the construction industry,” the CAGC says. “We believe it’s important to honor the achievements of our young leaders; the emergence of these young leaders is critical to the future of CAGC and the members we serve.”

As many as five nominees will be recognized.

Nominations close on Feb. 28, and nominees must be participants in the CAGC’s Young Leaders Program.

Judging day will be Friday, April 13 and the nominees will be contacted once a decision has been made.

Awards will be given out at the CAGC’s 2018 Summer Summit & Expo at the end of July.