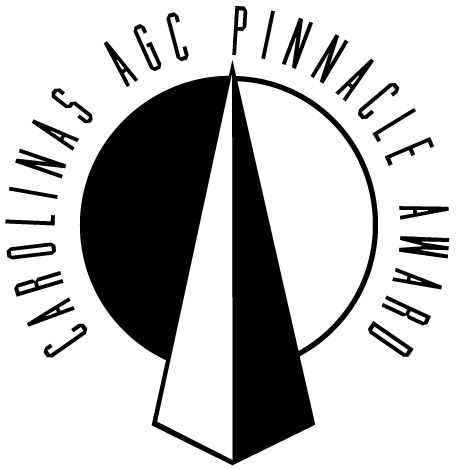 CAGC says the awards are “the most prestigious recognition in the Carolinas construction industry,” honoring the work of general contractors and their projects’ key partners.

A panel of CAGC member representatives evaluates – in confidence – the work of their peers.  The awards are presented at the CAGC’s annual convention.

There are two types of awards, project awards and the “Build With the Best Award.”

Project awards are in categories for projects under and over $5 million in building, highway-heavy projects, and utilities.

“Along with their detailed narrative, GC’s are encouraged to also honor the work of specialty contractors, supplier/service companies or architect/engineer/owners whose contribution was critical to a project’s exemplary nature and success,” CAGC says. “If the project wins, these partners are honored with a Partners in Excellence award.”

Meanwhile, the Build with the Best Award “honors the contributions of a non-contractor individual for his or her role in advancing the construction industry and the overall Carolinas economic welfare, whether from outside the industry altogether or from our own Carolinas AGC supplier/service company membership sector.”

Further information and nomination details are available from the CAGC website at this link.