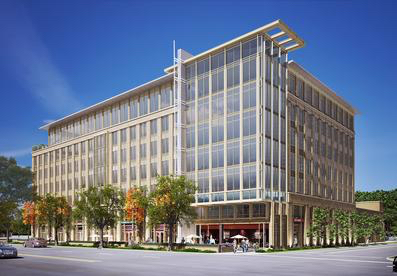 There will soon be plenty of construction activity at East Morehead St. in Charlotte. Beacon Parters will soon demolish a vacant 44,000 sq. ft. building at 500 E. Morehead, and next door, the Dowd YMCA will start $20 million in renovations later this year.

The commercial real estate business expects the demolition will take six to eight weeks, and then will begin constructing a seven-story, 180,000 sq. ft. building with 15,000 sq. ft. of retail space. The developer doesn’t have any tenants yet — but expects this speculative build will be successful because interest in the development has been strong, Beacon partner Mike Harrell has been quoted as saying.

“The 500 East Morehead project would deliver around the same time as 615 South College, a 19-story office building that Portman Holdings plans to build next door to The Westin Charlotte, with work expected to begin there shortly. 300 South Tryon, a 25-story tower that broke ground at the end of 2014, is expected to be complete by the spring of 2017.”