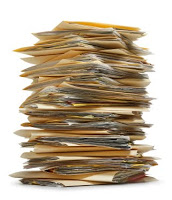 The American Institute of Architects  endorsed the “Design-Build Efficiency and Jobs Act of 2013” as a major step in reforming the outdated, lengthy and wasteful process the government uses to choose the services of design and construction firms for federal contracts.

“We commend Chairman Graves for recognizing the burdens current federal procurement practices place on the design and construction industry,” said AIA President Mickey Jacob, FAIA. “Rep. Graves’ bill will go a long way toward streamlining the competitive bidding process. It also ensures that the government gets the most for its money by removing impediments that discourage many firms from bidding for federal work.”

“We urge Congress to pass this important reform bill as soon as possible,” Jacob said.

Current rules cost design and construction firms more than $260,000 on median to compete for a federal design build project. That’s because federal contracting officers have been increasing the number of finalists on projects, which forces firms to “bet it all” on a single project or – worse for the government – not bid on federal contracts at all. With more finalists, it actually costs the government more money to review the lengthy proposals, which is doubly inefficient for both the government and the competitors.

The Design-Build Efficiency and Jobs Act helps alleviate this problem in part by restricting the authority of contracting officers to require more than five finalists on a project, among other things.

Design-build reform has been a major legislative priority for the AIA. In May, AIA First Vice President Helene Combs Dreiling, FAIA, testified before the House of Representatives Small Business Committee, calling for reform of the design-build contracting process so that design and architectural firms can bid on federal contracts without fear of bankrupting themselves in the process.  Read More.