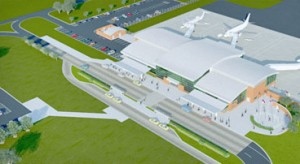 A contract for the construction of a new general aviation executive terminal at the Albert J. Ellis Airport near Jacksonville is expected to be issued this month, reports The Daily News.

Design is complete for a two-story, 9,000-sq. ft. general aviation terminal and roughly three-acre aircraft-parking apron, according to the news report.