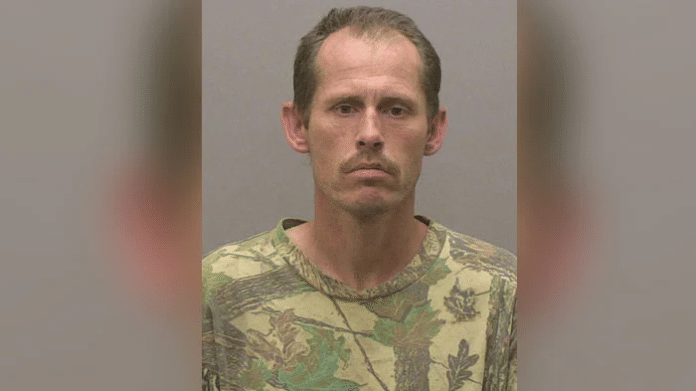 Alamance County Sheriff’s deputies responded to a report of a man stealing diesel fuel on a construction site at North Jim Minor Road. In a press release, police said they suspected that the man who committed the crime was Jeffrey Andrew Spears, 44, from Burlington, but didn’t make an arrest.

Deputies say he was driving a white Ford diesel truck with fake tags that had been stolen earlier in Graham. Investigators determined that Spears was also the suspect in a motorcycle theft.

Early Sunday morning, deputies found the stolen truck abandoned on Lakeside Avenue in Burlington. Then, later on Sunday, deputies tracked down a man accused of stealing from a separate construction site — on Lacy Holt Road. He was driving a white Chevrolet truck and sped away from deputies when they tried to stop him.

He crashed his truck on Tucker Street in Burlington and he fled from the crash on foot. At that point, investigators believed the suspect was Spears.

After calling in back-up from both the Burlington and Graham police departments, Spears was found hiding in a crawlspace of someone’s home. He was arrested and charged with felony larceny from a construction site and two counts of felony larceny of a motor vehicle, among other charges.

He was being held under a $50,000 secured bond and more charges are pending.