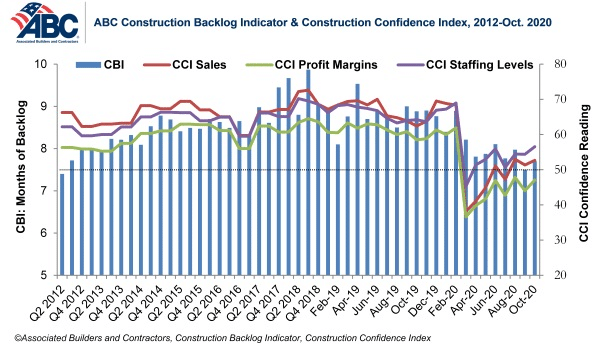 Associated Builders and Contractors (ABC) reported on Nov. 10 that its Construction Backlog Indicator rebounded to 7.7 months in October, an increase of 0.2 months from September’s reading, according to an ABC member survey conducted from Oct. 20 to Nov. 5. Backlog is 1.2 months lower than in October 2019.

“Both sales and staffing levels are expected to climb over the next six months. While profit margins are expected to slip, only 6% of contractors expect a large decline in margins. Backlog was down in October from the same time one year ago but up for the month, further indicating a level of industry stability that was not fully anticipated.