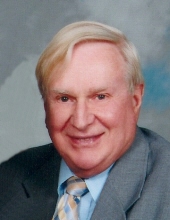 West founded the business in 1983. Since that time, he grew the company with a reputation of integrity, treating customers and employees with honesty and respect. The company was recognized by the ABC Carolinas (ABC) recently as the 2014 Supplier of the Year.

West was a devoted supporter of Highland Presbyterian Church and ABC member. At his funeral service in July, Saprina Smith, Protégé’s COO, said West was a man who believed in people and cared to change lives.

“He touched thousands of peoples’ lives over the years in very special and unforgettable ways, Smith said. “He always said, ‘Don’t quit.’ We always replied, ‘We won’t.’

His obituary is found at www.hayworth-miller.com under Edwin Arthur West.