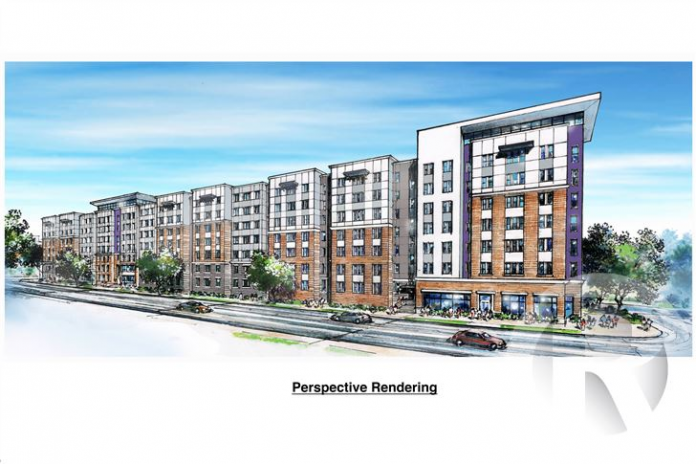 The Jolly Roger convenience store, a church and approximately 20 homes are being razed to make room for the 400,000-sq. ft. residential structure that will wrap around a 700-space parking deck, Todd Saieed, chief executive officer of Raleigh-based Dewitt Carolinas, told the Daily Reflector.

He said the demolition is expected to take two months followed by site preparation.

Construction will be a joint venue between WIMCO Corp. of Washington, NC, and T.A. Loving of Goldsboro. Building permit applications will be submitted within the next several months. Design-work is under way.

“I think we have chosen a contractor who is familiar with building in Greenville,” Saieed said. “T.A. Loving has certainly performed a lot of construction work for (East Carolina University). They know how to build in that area and they are going to try to do a really good job of trying to stay out of the way of traffic flow and run a safe job site.”

The work should begin in May or June with work must be completed by June 2020, he said.

“We believe there is a continued need for student housing in Greenville,” Saieed said. “The other buildings are full. Our market studies show us we’ll be successful with this project.”

“Students now want bikeable, walkable. They want to be five minutes to campus, five minutes to the athletic facilities,” said Everett Daniels, president of Dewitt Construction. “That’s what positions this site so well. It’s in the middle.”

The complex will have one, two, three and four bedroom units with a common kitchen and living room area.