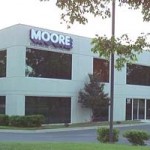 Charlotte-based electrical contractor WB Moore Company prides itself on using the most modern technology and techniques in its business. When it came to rebuilding its corporate headquarters, the firm decided to “practice what we preach.” The company stayed in its same footprint, while turning to a virtually new structure that totals 15,375 square feet. The new roof is covered with 134 photovoltaic solar panels that generate electricity the company sells to Duke Energy and NC GreenPower. With their new integrated design WB Moore will reduce their energy consumption by 29.7% over the original performance of its headquarters office. The new building achieved Platinum-level certification under the Leadership in Energy and Environmental Design program administered by the U.S. Green Building Council.

How’d it happen? Todd Stevens, vice president of the company, credits an approach that incorporates thinking from the past with cutting-edge equipment and green-building sensibilities. “The thing is, as society has grown, we have started building buildings based on a matter of convenience,” Stevens says. By that, he means that they aren’t designed for energy efficiency. Designers, architects and builders compensate for that with glazed windows and air conditioning. “So what we’re doing is applying best practices against the basic fundamentals. Back on the day, when the farmer built his house, he built it on the hill. The wind blew up there and kept it cooler. He oriented it so the sun would shine on all four sides to prevent mold. We don’t do that today.”

Officers of the company were determined to change that about four years ago when they faced a decision about the headquarters. “We had run out of office space and were renting other space in Charlotte. We wanted to get our employees back under one roof,” says Billy Graves, the company president. He notes that at the time, the real-estate market was at its peak in the Queen City, so the company wanted to stay on its existing campus, making use of the land that housed its warehouse and buying a smaller neighboring parcel to increase parking.

When it came to designing the project, Graves says, “We decided to do what we thought was business smart. We’re out here working on these high-profile projects. We want to be able to use that same quality on our building. We want to practice what we preach.”

After a couple of months on pre-construction and design, the company’s LEED administrators said the building design was already at LEED-certification Gold status with only a few points away from being Platinum, the highest status. “That’s when we made the election that we wanted to be the best we could and get as many certification points possibly that could be achieved. That meant we had to do more”, Graves adds. It is an increased expense to have enhanced HVAC, water systems, solar panels.

“We also wanted to pursue any tax credits and rebates that were available to us, “ says Stevens. There were. The federal government offers corporate-tax incentives for solar systems. The state offers similar incentives. Other incentives are also available.

Stevens says the incentives made up an important part of the strategy. “On the photovoltaic panels, our return is less than five years,” he says. “There are tax advantages available that other companies should be realizing.”

The tax advantages aren’t the only savings. “The design of our building is about 29.7% more efficient than the American Society of Heating, Refrigerating and Air-Conditioning Engineers (ASHRE) standard, and in addition, we produce about 14-18% of our electrical consumption,” Stevens says. “In addition, the building design uses a good deal of common sense. Corridor lighting, for example, is dimmed 25%. These are not production areas,” he states.

Of course, the savings were realized by using an extensive network of contractors. “When we did our contractor kickoff, I painted a story for them,” Stevens says. “I told them I’m not going to ask you to do anything differently. I just want you to do it your best.”

Tod Hawley managed the project for Charlotte-based general contractor Tyler 2 Construction. “WB Moore came to us and asked us to be a part of the team.” The companies had worked together for other clients. “It was a great project,” Hawley says. “We learned a lot from it.”

That includes learning about bamboo, which was used instead of oak or maple for the building’s millwork. The grain takes to the stains somewhat differently. It wasn’t like the typical solid piece of wood.

The most difficult part of the project, he says, was probably the phasing of the work. “We had three different phases to incorporate with while the business was still up and running. We had to make sure that each part was correct and didn’t interrupt their business activities.”

Mark Safi, project engineer for Coopersburg, Pa.-based lighting contractor Lutron Electronics, appreciated the opportunity. “They presented us with a challenge. How do they achieve platinum certification, yet make it a comfortable workplace?” He set out to work on a system that would permit the building to make the most efficient use of natural daylight as well as artificial light. “The nice thing about that is we use a lot of sensors. The daylight sensors allow employees to take whatever light is available and adjust it.” The company also installed occupancy sensors, to turn off lights when officers weren’t being used, as well as time-clock sensors. “Lighting makes up about 40% of energy usage,” Safi says. “That’s the first point of attack when you’re talking about savings.”

Chris McGarr, project manager for Atlanta-based HVAC contractor McKenney’s Inc., says all the equipment it installed in the building was high-efficiency. “All the plumbing fixtures were low-flow, for example.” The company also went to great pains to protect the ductwork from dust and contaminants during construction. “You get a better, cleaner system.”

Allan Evora is president of Cornelius-based Affinity Automation, which provided the software and services that monitor the lighting, electrical and HVAC usage in the building. “They’ve invested in a system that will ensure that the products they’ve installed will continue to meet their goals in terms of energy efficiency,” Evora says. “The system will generate reports and trends to show the building operates efficiently. “It was a great project to work on for us. We got to interface with suppliers and builders. He’s left with a tool that shows his building is sustainable.”

Visualizing the results from various energy efficiency initiatives was the job of Activelogix, LLC of Charlotte. “Billy chose our PeriscopeTM Dashboard to foster awareness within his organization and the local community on the benefits of his sustainable building” says Greg Barnes, vice president of Activelogix. “WB Moore has worked hard to reduce its footprint and it is important to share these results with the many different audiences that can benefit”.

The audiovisual component was installed by Video Systems of the Carolinas Inc. Tim Crosswhite of the company’s Charlotte office says WB Moore got a system that features one master controller that can operate all the AV applications. “Its primary goal is to enhance operations. Its secondary goal is to only use the equipment needed for the tasks. It also has memory elements to turn off stuff that’s not being used. One of the challenging thing is making this tie into their security. We worked with the security vendor to create touch panel functions. Now everything’s working together. That was their goal.”

Graves says the company is pleased with its new quarters, which opened last year. “Our employee base is very happy. They’ve all embraced it. We’ve done very well on maintaining standards on how we do our housekeeping.”

It also has provided other benefits, not the least of which is a marketing opportunity. “We’ve taken the out-of-the box delivery, the show-and-tell and the computer-enhanced spreadsheet and turned it into an educational thing. When somebody comes in and sits in the lobby, they can see pictures of construction of the building and how much energy it’s saving and what the rate of investment is.

“When we bring clients in, even those who don’t plan to pursue LEED certification, at least they’re educated on it. We are seeing positive feedback out of all this stuff. I just wish we could do it for less. Time will help with that,” he says. “We really feel like we’re on the leading edge on many items we incorporate into our building.”