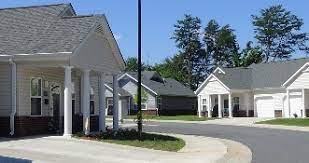 Winston-Salem council has approved an Affordable Housing Program and a Housing Justice Act to tackle an affordable housing crisis.

The plan codifies new rules for the sale of city-owned land and allows the city to require that 65 percent of apartments be targeted to low- and moderate-income residents when the city provides land for a housing project.

Also, the new Housing Justice Act is designed to “reduce homelessness and provide equitable outcomes” by prohibiting housing discrimination based on criminal convictions and sources of income. The Housing Justice Act applies to residential and housing development projects constructed, developed, rehabilitated or renovated with city funds.

Senate Bill 145, approved by the General Assembly in June 2021, allows the city to convey city-owned property to developers at little or no cost for affordable housing. Eliminating the cost of land can significantly reduce the overall cost of creating new housing.

“Our city needs as many tools in the toolbox as possible to deliver high-quality housing for our citizens,” said Council Member Denise D. Adams.

“The Housing Justice Act and the passage of enabling legislation regarding the sale of city land gives us the ability to shape our city’s housing policies in a positive manner.”

Council Member James Taylor Jr., who championed the Housing Justice Act, said, “According to the U.S. Department of Housing and Urban Development, nearly 100 million adults have a criminal record of some kind, making it difficult to find quality affordable housing for their families. The Housing Justice Act removes this barrier as well as discrimination based on a person’s source of income. It was an honor to work with Mayor Pro Tem Adams and Senator Lowe to create solutions that will increase the ability of our residents to find housing they can afford.”

City leaders are hopeful that another piece of legislation, which would allow the city to waive fees related to water and sewer lines in developments for low- and moderate-income residents, will also be approved by the General Assembly. Those fees can be as much as $3,000 per lot. Waiving the fees would be another significant reduction in the cost of developing affordable housing.

According to a recent city study, Winston-Salem will need about 8,433 affordable apartments and houses by 2027.