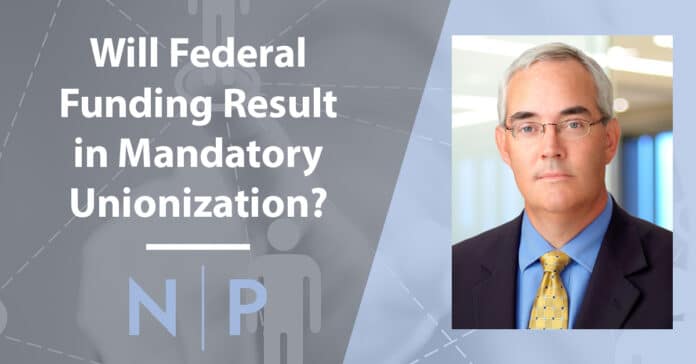 Federally funded projects and unionization often go together.  One way is through Project Labor Agreements (PLAs), which are often connected to federally funded construction and infrastructure projects. A PLA is a type of collective bargaining agreement between a union and a construction industry employer. A unique feature of a PLA is that it can achieve mandatory unionization of an entire construction site without support by a majority of employees working on that project.

A PLA is a unique construction-related exception to the National Labor Relations Act’s prohibition against unionization without first verifying support by a majority of the employees. A PLA sets the terms and conditions of employment and can culminate in a construction site governed by complicated union rules, inefficient work practices, and budget-breaking compensation and benefits.

The use of PLAs may soon increase. Recently, union leaders have met with the Biden Administration and discussed ways to increase unionization, including the possibility of the government mandating PLAs on federally funded infrastructure projects. The union leaders asked the Biden Administration to strengthen an Executive Order (E.O. 13502), issued during the Obama Administration, to make PLAs mandatory on certain federally funded projects. Given the expected increase in federally funded projects created by infrastructure legislation, PLAs could result in a large number of unionized workers building roads, installing networks, and constructing or refurbishing buildings in the Carolinas and elsewhere. 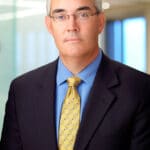 Employers, especially construction-related companies, should beware of mandatory unionization through PLAs and consider updating their business and personnel plans accordingly.

William H. Floyd III is a lawyer with Nexsen Pruet, based in its Columbia, SC office. He can be reached by phone at (803) 253-8201 or by email at wfloyd@nexsenpruet.com.