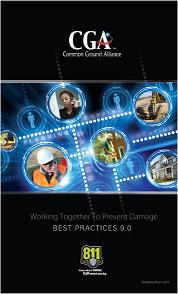 A wide-ranging group of key legislators, regulators, owners and utility lobbyists agreed on April 12 to begin meetings after the short session of the NC General Assembly to develop proposed comprehensive legislation for next year to improve the state’s underground utility safety and damage prevention law.

During the meeting last week, Hager, House majority freshman leader, emphasized that multi-pronged legislation needed to be sought, including safety, damage prevention and these issues:

Hager also asked about two dozen attendees at the meeting, including representatives of Duke Energy and Progress Energy, if they would prefer to wait until after the short legislative session to work on the issue, with the idea of coming up with comprehensive legislation for the long session, which is expected to begin in January 2013. There was a consensus in the group not to pursue piecemeal legislation and instead wait until after the short session to allow more time to develop substantive amendments to current law. The short sessions begins May 16 and is expected to end in early July.

Allen Gray, CAGC Utility Division director, said he agreed with other attendees that it would be better to pursue more substantive legislation for next year. Dave Simpson, CAGC’s director of NC government relations and the NC Building Division, suggested that the meetings begin by early next fall and that the group use the new South Carolina legislation as the basis for the legislation. Hager said the meetings will begin then and South Carolina’s legislation, as well as related legislation in other states, will be used for the efforts to recommend underground safety legislation next year.

In previous meetings of the group, CAGC staff and members have discussed deaths and serious injuries that have occurred in underground utility work due to issues related to the one-call process. Staff also provided Hager and Steen, two supporters of stronger underground safety laws, and other organizations with information on tolerance zone and entities that endorse/recommend an 18-inch tolerance zone concerning locating facilities and hang digging around underground utilities. The entities include the U.S. Department of Transportation, Federal Communications Commission, Common Ground Alliance, American Public Works Association and others.  In addition, CAGC staff has provided the legislators, lobbyists and regulators with info about the N.C. Underground Safety Coalition’s Draft amendments to existing law as well as Common Ground Alliance Damage Prevention Best Practices. More info, CAGC noted, is available at related links – CGA’s Web Site and Best Practices.