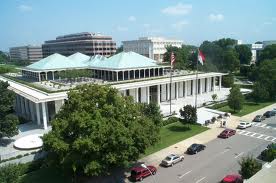 Every ten years or so, North Carolina’s lien law is put on the legislative lift and given a tune up or overhaul. The last revision, in 2005, was more of a tune up. This time around, the industry groups are looking to overhaul the lien law to address issues that arose during the Great Recession.

Early on, the hidden lien problem received most of the attention. The original version of HB489 included a Florida-style Notice of Commencment, Notice to Owner system that would require subcontractors and suppliers to make themselves known to preserve their relation-back rights. I summarize the original HB489 here (Part I) and here (Part II).  The House, however, substituted the original bill with a study bill, authorizing the Legislative Research Commission to study Chapter 44A and recommend ways to improve and modernize the lien and bond laws. Substitute H489 passed the House and crossed over to the Senate on June 1, 2011. The bill was then referred to the Senate Judiciary Committee (I) for study.

The Committee meets Thursday, February 23 at 9:00 a.m in Raleigh (LOB room 415) to hear from the Construction Law Section of the North Carolina Bar Association and from industry stakeholders on matters concerning Chapter 44A. The Committee currently is inclined to scrap the “hidden lien” portions of the bill because subcontractors and suppliers have expressed concerns over the paperwork required to protect their lien rights. Whether the title insurance industry moves to reintroduce the nuclear option (eradicating all liens not perfected prior to closing) remains to be seen.

The Committee’s focus has shifted to addressing a series of bankruptcy court rulings that have adversely impacted the ability of subcontractors and suppliers to secure their lien rights after a bankruptcy filing. The Eastern District bankruptcy court has taken the position that the subcontractor/supplier lien of funds does not arise under existing law until the Notice of Claim of Lien on Funds is served upon the obligors. The Lien and Bond Law Revision Committee (of the Construction Law Section of the North Carolina Bar Association) is working with the Committee to fix the existence date of the subcontractor’s lien as the date of first furnishing while at the same time enabling the project funds to flow freely in the normal course.

The Committee is also considering a fix to the Pete Wall decision. In Pete Wall, an owner and developer eliminated lien rights altogether by reframing the construction contracts and subcontracts as a series of leases. Pete Wall is not a published opinion, which means it has no precedential value, the fact remains that a complex real estate scheme deprived a plumbing contractor of protection under the lien law.  Other issues remain in play, including harsher penalties for false lien waivers, model partial and final lien waiver forms, and changes to North Carolina’s Little Miller Act (payment bonds for public projects).  Read More.