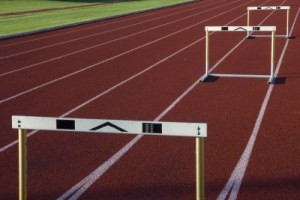 My May 23 post about proposed revisions to North Carolina’s lien laws mentioned that protection against “hidden liens” had been omitted from earlier versions of the bill, due to a concern that the issue required additional study prior to legislative action. The title insurance industry, however, has other ideas.

In recent weeks, title insurers have ratcheted up the pressure for the issue to be addressed immediately, prior to the General Assembly’s adjournment of its “short session” at the end of this month.   The legislation they are pursuing would make profound changes to the manner in which all potential lien claimants — architects, engineers, general contractors, subcontractors and suppliers included – would need to preserve their lien rights, before a claim of lien is ever filed.

FULL DISCLOSURE:  My law firm, Lewis & Roberts, regularly represents lien claimants and is a proud member of Carolinas AGC.  I am currently involved in litigation on behalf of a lien judgment creditor against a title insurance company.  And I have been actively participating in the various stakeholder and legislative meetings at which the title insurers’ draft legislation has been scrutinized.  I make no bones about the fact that I have a particular point-of-view on this subject, one that tends to side with the interests of those who make improvements to real property over those who insure title.   I am, in a word, biased, and you deserve to know that before reading further.  That being said, I understand the title insurance industry’s desire for “hidden lien” protection, and will do my best to fairly portray its position.

What is the “Hidden Lien Problem?”

Lien rights arise from the date a party having a contract with the owner of the improvement first begins its performance of work.  However, those rights remain “inchoate” (fancy lawyer word) or “hidden” (that’s more like it) from the public record until that party actually makes a claim of lien on real property.   For example, if a GC begins work on a private construction project on January 1, 2012 and files a claim of lien on real property on June 1, 2012, the claim will “relate back” to the January 1 date of first performance – even though in those five months, the lien remained “hidden” from the public record.

The “hidden lien” problem is particularly acute in the residential construction sector, since many homebuilders are also the owners of the property during construction.  That means all entities in direct contractual privity with homebuilders are “prime contractors” (who enjoy the right to lien the property when they are not paid), as opposed to “subcontractors” (whose real property lien rights are limited to whatever lien rights the GC above them possesses).  That creates the potential for exponentially more claims of lien directly on real property than in the commercial construction sector.  And since claims of lien can be filed within 120 days of a prime contractor’s last performance, it’s not uncommon for liens on residential projects to be filed after a home buyer closes on a sale.  When that happens, the title insurance company who issued the policy guaranteeing the new owner’s title is on the hook.  In the aggregate — particularly during economic downturns – resolving post-closing liens can get awfully expensive.

Why isn’t the “Hidden Lien Problem” addressed in House and Senate Bills Introduced on May 22, 2012?

As the study commission wrote in its report, it didn’t have sufficient time to consider such significant changes to North Carolina’s mechanic’s lien scheme:

The Committee also examined the issue of liability for title insurance claims resulting from mechanics liens under Article 2 of Chapter 44A that are not filed as of the date of closing on the sale of the improved property, referred to as “hidden liens.”  In the time allocated to it for its work, however, the Committee was not able to evaluate unresolved issues relating to [hidden liens], and therefore does not recommend legislation on this issue during the 2012 short session.

The Committee recommends further study of the hidden liens issue to determine what, if any, changes to current law should be made during the 2013 Session, including consideration of the following issues:

How did the title insurance industry respond to the study committee’s recommendation?

Not favorably.  As this May 12, 2012 article on Poyner & Spruill’s website makes clear, at least three national title insurers, citing huge losses in North Carolina, have threatened to “curtail” coverage for mechanic’s liens here if their concerns about “hidden liens” are not addressed immediately.  My understanding is that the already-struggling homebuilding industry is particularly spooked by this threat, which in part is driving the push for an immediate “fix.”

What “fix” is the title insurance industry pushing?

Boiled down to its bare essentials, the legislation would require owners of improvements to real property to designate a “lien agent” and post that designation with the on-site building permit.  EVERY person or entity with potential lien rights would then need to send a “pre-notice” to the lien agent announcing their involvement on the project.  Failure to do so prior to a conveyance of the real property to a bona fide purchaser for value would result in a complete loss of lien rights.  Failure to do so prior to the recording of a deed of trust in connection with the property would result in the lien being “subordinated to” (lawyer-speak) or “parked behind” (that’s better) the interests of the lender and its title insurer (i.e., the benefit of ”relation back” to the date of first performance would be lost).  Sounds simple enough, but…

Why should potential lien claimants be concerned?

The list is pretty long, but I’ll try to hit the high notes:

(1)  Pre-notice creates research and paperwork burdens at a time when contractors can least afford them.  As currently drafted, the legislation would put the entire burden of discovering and notifying the lien agent on the backs of potential lien claimants.  That includes remote suppliers of materials who might not ever set foot on the job site.  Various stakeholders have raised that concern with the title insurers, and a proposal is currently being considered that would require all parties in the contractual chain to flow down the lien agent information to all entities directly beneath them in the chain (i.e., owners would have to provide the lien agent information to GC’s, GC’s to their first-tier subs, first-tier subs to their second-tier subs).

(2)  The legislation might be unconstitutional.  Our state constitution, at Article X, Section 3, requires an “adequate lien” for the protection of those providing labor and material for the improvement of the property of another.  I’m no constitutional scholar, but it’s conceivable that the burden-shifting mentioned in (1) above violates this constitutional mandate.

(3)  The legislation could hit “late trades” the hardest.  Residential closings can occur within hours of completion of finish work  (such as carpet installation, landscaping, driveway paving, etc.).  Under the current draft, those “late trades” would be at a distinct disadvantage in providing the pre-notice timely, particularly if their services and/or products are contracted for extremely late in the project.

(4)  The “fix” may not scaled to the problem.   Representatives of the title insurers have said repeatedly in various stakeholder meetings that the current legislation is modeled after statutes currently on the books in our sister state to the north, Virginia.  However, in that state, pre-notice is only required in connection with construction of one- or two-family dwelling units — i.e., where the risk of “hidden liens” is the most severe, as set forth above.  The current draft here in North Carolina is much broader in scope, and would apply to both residential and commercial projects.  Commercial construction stakeholders are therefore reluctant to endorse the “fix.”

(5)  The current legislative process is less than ideal.  The “short session” of the General Assembly is scheduled to adjourn in a couple of weeks, and maybe sooner.  Our lien law statutes haven’t changed very much since 1969, yet the title insurers are seeking a sweeping change to how lien rights are preserved within a few short days.  That doesn’t lend itself to the level of deliberation, investigation, negotiation and consensus-building required to ensure that the final bill is equitable to all stakeholders and free from bad unintended consequences.

Theoretically.  At a stakeholder meeting at AIA headquarters in Raleigh last Wednesday, June 6, representatives from title insurance industry insisted that the paperwork burden will be worth the investment, since pre-notice would alert title insurers to the presence of entities who would otherwise remain unknown at the time of closing.  The title insurers contend that as an underwriting matter, closings won’t happen until all entities providing pre-notice get paid.

Color this blogger skeptical.  The current legislation itself contains no requirement that all entities providing pre-notice get paid, and since GC’s can extinguish the rights of their subs through execution of lien waivers, it is conceivable that closing attorneys and title insurers would limit their pre-closing involvement in payment issues to prime contractors.

What are the chances the “fix” is enacted into law?

Unclear.  This process is extremely fluid at the moment, and it’s difficult to comprehend which way the policy/political winds are currently blowing.

Stay tuned!  I’ll do my best to keep you informed as the process rolls on.  FYI, I’ll likely be providing updates via Twitter when time won’t permit blog posting.  As always, your comments are welcome! Read More.