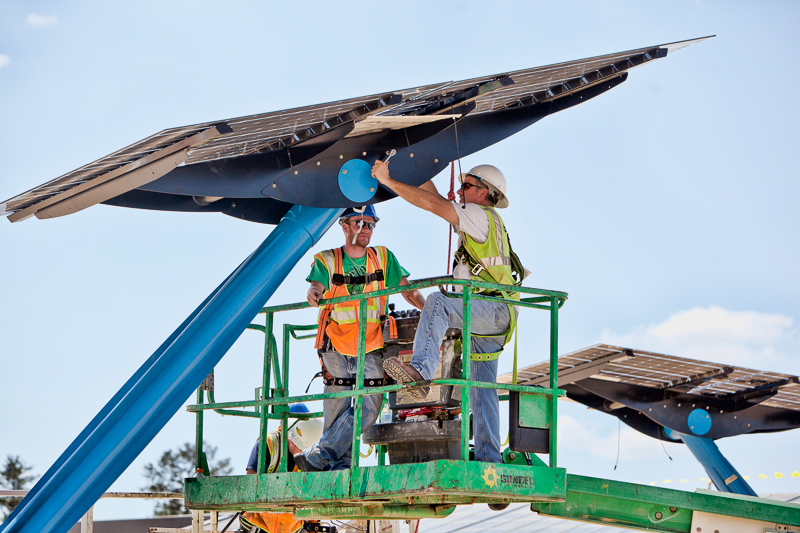 An initiative to allow North Carolina counties to lease schools and allow public-private partnerships has failed to pass the legislature’s short session, but it will likely be introduced again in 2017.

Senate Bill 554 passed there but died in the House before getting a second and third reading. It was referred to a House committee for the next session.

The Carolinas Associated General Contractors (CAGC) has observed some challenges with regards to bidding fairness in the Senate bill, which will presumably be part of the reconsideration.

The primary support came from Robbie Ferris, president and CEO of SfL+a Architects and the development company FirstFloor K-12 Solutions. A group interested in local economic development called Robeson for Advancement lobbied for the bill. The group’s manager is Aaron Thomas, president of the construction company Metcon.

Patrick Ballantine, a former state senator and GOP gubernatorial candidate, is the group’s lobbyist. The bill’s main sponsor was state Sen. Wesley Meredith, a Fayetteville Republican. He owns a landscaping company that has won work as a Metcon subcontractor.

NCCN reported last year about the award-winning Sandy Grove Middle School energy efficient public-private school project built by FirstFloor K-12 Solutions and the contractor Metcon. This is the same group of supporters that were given a negative editorial response from the News and Observer about the school leasing issue.

CAGC’s Weekly Legislative Update reports that the state Senate unanimously passed the bill   allowing school districts to enter into long-term leases for school buildings. The bill allowing capital and build-to-lease agreements was written with Robeson County in mind, but would apply statewide.

State Treasurer Janet Cowell objected to an earlier version of the bill, but provisions she objected to were removed.  However, the bill remains problematic for the construction industry since it is in direct conflict to previous legislation passed three years ago authorizing new construction delivery methods (Design Build and Design Build Bridging) and P3 financing. The previous legislation was a product of a lengthy and thorough vetting process by many stakeholders, including CAGC, AIA and the Association of County Commissioners.

CAGC is currently working with members of the House to make revisions to the bill to ensure that public bidding laws are preserved and that the integrity of the previous legislation is not compromised.