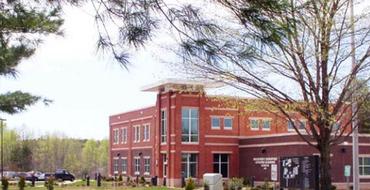 The State Building Commission  (SBC) approved in a split vote on Jan. 24 guidelines for community colleges  which allow them not to have to fall under the oversight of the State  Construction Office (SCO) on state-funded construction projects of up to $4 million, reported the Carolinas AGC.  The vote came after a majority of commission members expressed concerns that  the guidelines, authorized last year in legislation approved by the NC General  Assembly, would allow community colleges on those projects not to involve the  SCO in areas such as inspections, contract negotiations and design review.

“The only thing that I am  concerned about is the quality of the inspections,” said Marshall Gurley,  Carolinas AGC’s appointee on the SBC. He said state inspections ensure public  safety and the integrity of the construction work.

Lawmakers, in a little-noticed  section 8.19 of the state budget bill, HB 200, approved last year language that allows community colleges to  sidestep SCO oversight on state-funded jobs of up to $4 million. The  legislation also authorizes the community colleges not to involve state  oversight on public, non-state-funded construction jobs “if  the State Board of Community Colleges determines that the college has the  expertise necessary to manage the project…”

During the SBC meeting last week, John Muter, chair of the State  Building Commission, said that such oversight by the SCO is good for the protection  of public safety and life safety issues. “We do a lot of construction work and  we never have to go back and redo work when the state inspects our projects,”  he said. “I just worry about the community colleges having that kind of  expertise if they do their own inspections.”

Muter. president of New Atlantic Contacting, and other commission members also expressed concerns about  how, if the SCO were not used, outside consultants might have to be hired to  double check on construction work. “It doesn’t make sense because it would cost  more,” Muter said.

Jennifer Haygood, vice president of finance and chief financial  officer for the North Carolina Community College System, told the SBC that the  community college system was aware of additional liability if state inspections  were not made. “The majority of the colleges, I think, will not use this authority,”  she said.

The SBC, which was required to approve the guidelines and the  delegation process for state-funded projects, approved the guidelines in a  split vote. “I do not like it,” said Bill Smith, a registered engineer member  of the SBC. The SBC is expected to send  a letter to the community colleges expressing some of the concerns.  Read More.