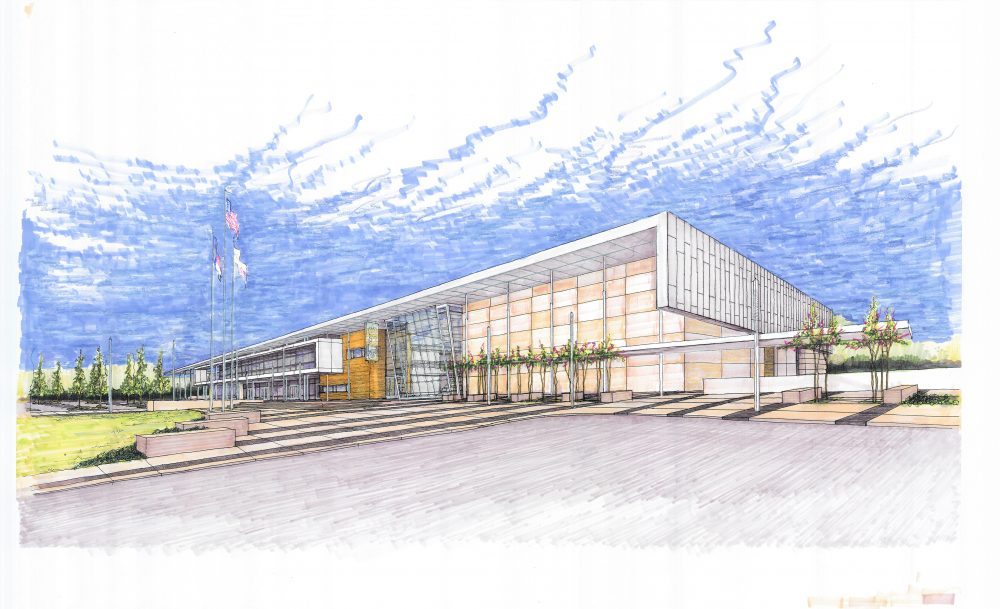 An ambitious $650 million to $1.4 billion initiative to consolidate and rebuild rural Robeson County’s schools – which could have reformed the way education capital expenses are managed throughout the state – experienced a critical, possibly fatal, snag this spring when State Treasurer Janet Cowell’s office stepped in to oppose the enabling legislation.

The tabling of Senate Bill 554 has at least for now thwarted the proposal that would have allowed the county to enter into a public/private partnership with the developers of the successful Sandy Grove Middle School in neighboring Hoke County – a project that resulted in a modern school so energy efficient that it contributes 30 to 40 percent more power to the electric grid than it consumes.

Robbie Ferris, CEO and president of SFL+A Architects in Raleigh, and the leader of the FirstFloor K-12 Solutions PPP initiative for both projects, says he feels betrayed by the state treasurer, since officials gave no clue they were opposed to the plan when he discussed it with them earlier this year. “They had previously said they were fine with the legislation,” he said.

He also says there are many misleading and inaccurate references in the treasurer’s strongly-worded letter to legislators opposing the project.

The operating lease envisaged by Ferris – and which Cowell says would lead to a massive increase in Robeson county debt – is based “existing law that have been in place for approximately 25 years, and used all around the state,” Ferris said. “School districts lease schools and buildings. They lease office and mini storage units. It’s nothing new.”

Then why did Cowell find it necessary to draft a forceful letter to legislators, proceeded by an equally firm memo from Timothy Romocki, the treasurer’s office director of debt management, to the Local Government Commission (LCC), which would need to approve proposed project?

Among several concerns, Cowell wrote: “Allowing this financing could allow counties to take on more debt than they could afford, endangering their creditworthiness and limiting debt capacity to meet the eventual needs of its police, fire and rescue, or jails. In Robeson County, the debt burden per capita would rise from $202 to $4,694, a 2,224 percent increase and the highest in the state. Other counties could quickly follow in Robeson County’s footsteps.”

Ferris says, in fact, the county and school district would be far better off if his project could have proceeded. Decrepit, old schools, needing increasingly expensive maintenance – burning up scarce tax funds – would be replaced by modern state-of-the-art schools, operated and funded in a totally transparent and public manner.

“Here’s the question,” Ferris asked. “Is it better to spend $4,000 per person pumping sewage and fixing roofs, or is it better putting the same money into brand new facilities, with no sewage problems, in an environment which facilitates learning?”

Ferris said other objections, including suggestions that private developers would have priority over public interests in debt repayment, and that the LCC would lose its authority to monitor and approve significant debt financing, are invalid – and some issues could have been resolved by adapting the legislation, which he said was changed to include provisions he didn’t need or want.

Ferris believes the issue relates primarily to “sticker shock”. While officials initially objected to the Sandy Grove project, they now see it as a successful project. However, that project is more than an order of magnitude less costly than the proposed Robeson plan. (The developers say the Sandy Grove school would have cost the district $53.5 million through conventional delivery model, but instead costs only $16.3 million through the leased delivery model.)

(Ferris asserts the overall cost of his Robeson County proposal is $650 million – Cowell in her letter to legislators puts the costs at $1.4 billion. He said Cowell is including interest cost in the numbers to confuse and scare the public.)

As well, there are challenges with the planned school consolidation idea, which calls for the closure of 30 rural schools and the construction of 13 K-8 schools and a career-technical high school.

This consolidation may have resulted in some objections to the plan from local residents who wouldn’t want to see their community schools closed. Ferris said he can’t be sure if some local residents contacted the state treasurer’s office to raise concerns. “The school board in Robeson County has been divided on the issue due to its dependence on a controversial school consolidation plan,” Romocki’s memo to the LCC said.

Ferris said indeed the plan requires the consolidation of inefficient and outdated schools. “As a general rule of thumb, if the school district needs to close three elementary or middle schools, the savings from the closings will almost pay for one new school.”

“If the rural school district closes 30 schools and builds (13) new schools, we can almost completely pay for the new schools with the savings. Without that, it means raising taxes dramatically.”

Could the project move forward if it wasn’t so ambitious – perhaps consolidating and building fewer schools?

Ferris says the numbers don’t add up for a “go slow” approach – inflation in building and maintenance costs wipes out many of the savings that can be achieved by moving more quickly. Equally, designing and building the schools to Sandy Grove’s high energy standards and leaving the ongoing ownership in the hands of the local school districts won’t work, because the key to the economic and energy efficiency savings is the ownership responsibility. (He said his team designed and built a similar school to Sandy Grove for another district, but it still isn’t operating properly, because the school officials can’t push the necessary buttons to ensure all the systems are working properly.)

A group interested in local economic development called Robeson for Advancement had been lobbying for the senate bill, the News and Observer reported. “The group’s manager is Aaron Thomas, president of the construction company Metcon” – which built the Sandy Grove school.

Thomas says there are many misunderstandings.

“The last version that the treasurers office pushed changes through on added capital leasing that had a conflict related to public bidding,” he wrote in a note to North Carolina Construction News. “This is not something we wanted and still do not.” Both Ferris and Aaron said they welcome oversight and public bidding competition in the process. The existing, operating lease statute requires developers to go through a public procurement process to solicit contractors and Metcon is ready to compete openly for the work.

Ferris says he isn’t sure what will happen next, for example, whether the legislation can be redrafted to be introduced effectively in the next legislative session. The state treasurer’s office said in its letter that it’s staff “stands ready to help finance innovative, sound ways to finance schools.”

“These issues demand an honest, comprehensive discussion with the needs of our students coming first,” Cowell wrote in her legislative letter.

Ferris, meanwhile, in a letter to the Raleigh News and Observer, which opposed Bill 554, wrote:

“The issue is not really consolidation. It seems the issue being debated is whether private developers should be involved in leasing schools. Clearly the way it has always been done, as the treasurer proposes, is not working.

“Do other people of North Carolina want more of the same or is it time to deliver the children of the state the facilities they need to compete in life?” he wrote. “SB554 is a pathway to transforming rural North Carolina. If we want different results, we must approach things differently.”