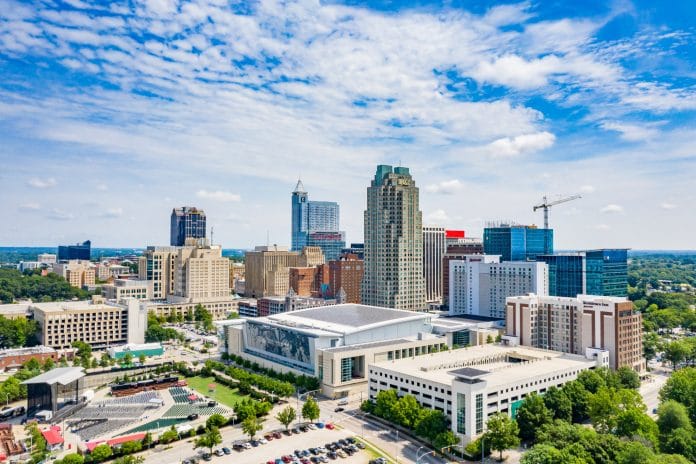 The City of Raleigh has started the Request for Interest (RFI) process for a new development that includes a convention center hotel and added mixed-use development on Fayetteville Street.

The area is currently zoned for up to 40 stories on the land that is currently two surface parking lots in front of the city’s performing arts center.

According to the city’s website, “this is a unique and once-in-a-lifetime opportunity to develop a convention center hotel and separate office/mixed-use tower on two prime vacant lots in downtown Raleigh”.

“Innovation, quality design and construction, and sustainability are important values to the city for this transformational project.”

The City of Raleigh owns the property and the RFI asks for “creative responses from capable and experiences development teams interested in developing the hotel and office/mixed-use tower projects, or (b) the hotel project only.

Some highlights from the RFI:

There will be a pre-proposal meeting in Raleigh on Feb. 21, written questions will be allowed until Feb. 28 and the RFI closes on Mar. 27.