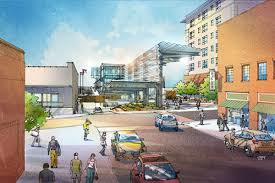 The March 21 ground-breaking ceremony that Raleigh city leaders had announced in September has been canceled and won’t likely be rescheduled until early May, reports Triangle Business Journal.

Raleigh city spokesman Michael Williams says the date was changed so that all of the partners in the project could attend the event.

The Union Station project is a joint initiative of the North Carolina Department of Transportation (NCDOT) and the City of Raleigh to construct a new passenger train station in Downtown Raleigh.

The total budget for the Union Station project is $79.8 million, with an additional $1 million held in reserve. The project is partially funded through the U.S. Department of Transportation’s (USDOT) Transportation Investment Generating Economic Recovery (TIGER) grant program.