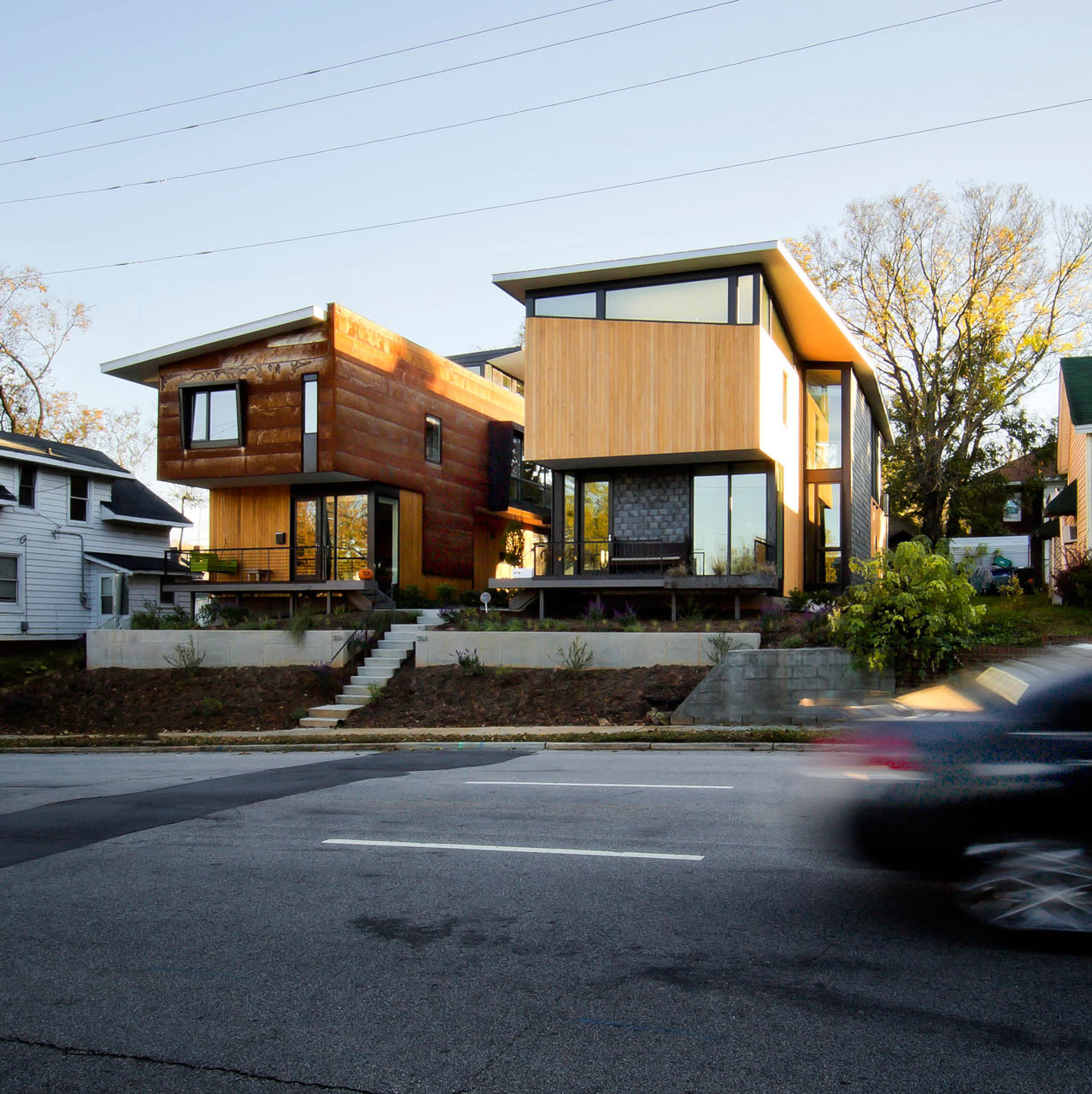 When architects enter custom-designed housing in awards competitions, they enter either single-family houses or multi-dwelling projects: multiple, separate housing units that are contained within one building or several buildings within one complex.

For the 2015 AIA NC Design Awards, The Raleigh Architecture Company (RACo) did neither, the practice announced in a news release. Partners Craig Kerins and Robby Johnston entered “Edentwins” — two single-family urban-infill houses that they designed concurrently and built on adjoining lots in downtown Raleigh.

On Sept. 26, Johnston and Kerins received an Honor Award for their innovative duo from the North Carolina Chapter of the American Institute of Architects (AIA NC) during an awards ceremony held at the 21c Museum Hotel in Durham.

“Edentwins challenge standard single-family infill development by sharing space, resources, and mutual values with each other,” said Johnston, who lives in one of the award-winning houses with his wife and young daughters.

Edentwins are perched above East Edenton St., a three-lane, one-way thoroughfare that connects residential neighborhoods to the east with downtown Raleigh. The site plan is organized around a shared central courtyard that visually and spatially ties the houses — and the families who occupy them — together. The courtyard provides outdoor play space for the kids and fresh-air entertainment space for the parents.

According to the RACo partners, small buildable areas on the lots and tight zoning restrictions influenced the houses’ compact linear footprints and projecting forms. Front porches, shaded by the cantilevered second floors, link the homes to the community, reinforce the existing vernacular, and maintain how houses there address the sidewalk and street.

Conceived of as “fraternal twins,” according to the partners, the homes share common traits yet retain their own identities. For example, golden-toned North Carolina cypress adds a note of warmth to the exteriors of both flat-roofed houses, although 556 combines the wood with the rusty patina of Corten® steel while 554 uses reclaimed slate from an old house razed in a nearby neighborhood as outdoor cladding.

The award-winning “Edentwins” are the first houses in a cluster of homes the RACo team is completing in the old inner-city neighborhood known as Hungry Neck North.