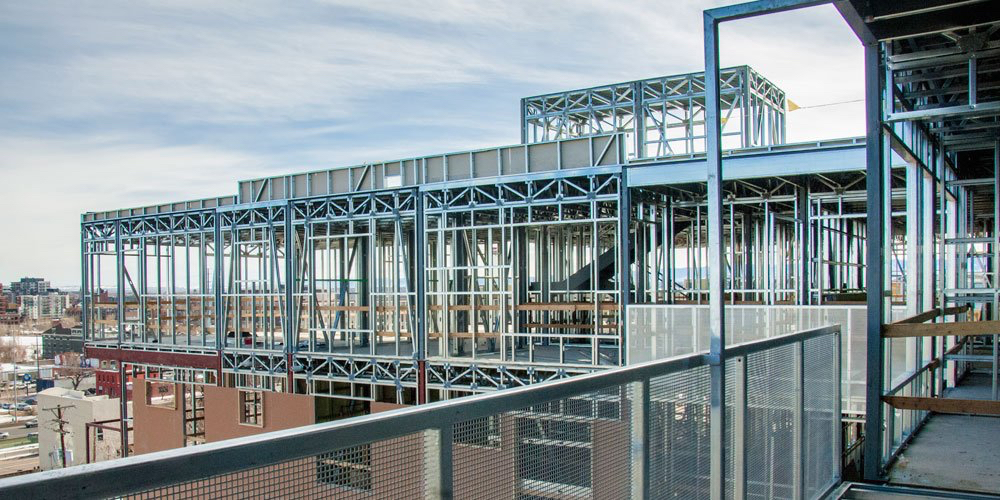 “Standardized systems with flexibility, like Prescient, are the future of construction,” said Paul Books, president of Palisade Partners, the project’s developer. “Prescient has found an incredibly effective way to standardize every step of the process, from design to construction. It’s a first of its kind, and we are excited to be a part of the construction frontier.”

The B Street LoHi building’s 60,000 sq. ft., five-storey apartment structure was installed in just six weeks – a production rate of more than 15 thousand sq. ft. per week, which is roughly three times faster than the average build time of a wood frame structure. “This first building is evidence that our standardized structural alternative allows complete design freedom while speeding up build time and reducing costs,” said John Vanker, CEO and co-founder of Prescient. “We’ve already begun installation on our second building and are currently bidding on active projects across the country of more than 3.5 million sq. ft.”

“This is a milestone for the industry,” said Prescient’s chairman Satyen Patel. “In 2012, more than 500 million sq. ft. of multifamily apartments, condos, hotels, dorms and senior and assisted living housing were built in the U.S. Going forward, Prescient is positioned to win its fair share of this segment. Our technology is well suited for U.S. and international markets and we plan to take this global.”