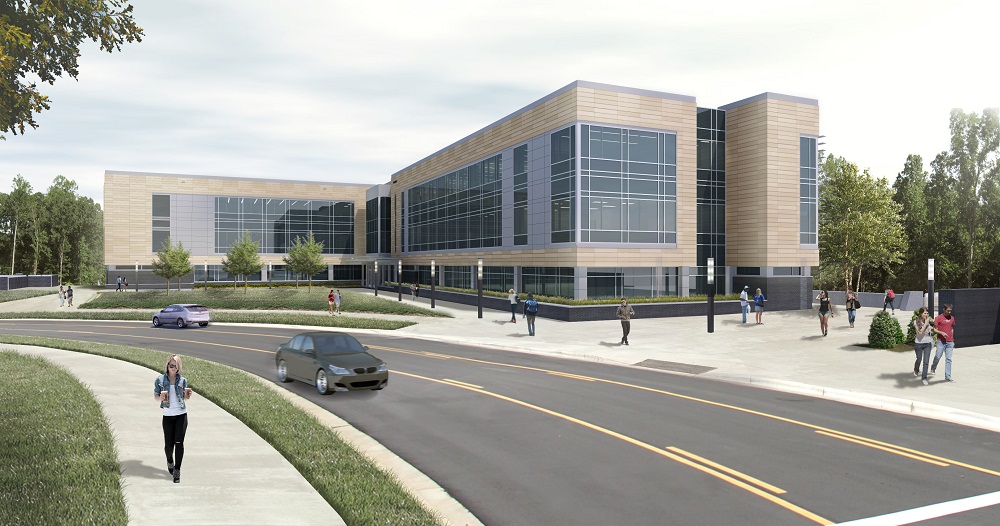 “We’re happy to embark on this project and begin this new partnership with Wake Tech,” said Skanska project executive Mark Collins. “The project will have a positive impact on this campus, and we’re excited to be a part of these enhancements every step of the way.”

Wake Tech president Dr. Stephen Scott said that the project will allow the college to serve more students as demand continues to grow. 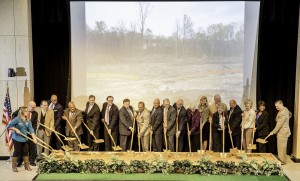 “It will also demonstrate Wake Tech’s ongoing commitment to sustainable, environmentally-responsible growth,” Scott said. “All buildings will be constructed to meet the highest of standards of energy efficiency and sustainability.” 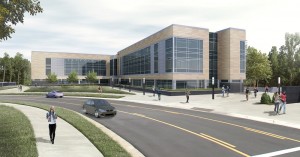 Working with Virginia-based architect Clark Nexsen, Skanska will seek LEED Silver certification for the project. Skanska expects to complete the project in July 2015.

North Carolina masonry contractor Sam McGee has been selected as one of three contractors inducted in the 2014 Masonry Hall of Fame class at the Mason Contractors Association of America (MCAA). 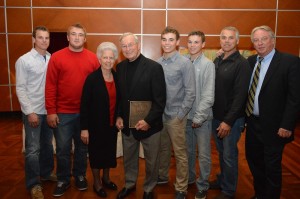 “All inductees are nominated by their peers and carefully reviewed by a panel of judges. Nominees must receive six of eight eligible votes in order to be accepted into the Hall of Fame,” the MCAA announcement said. The induction ceremony is held during the closing banquet of the MCAA convention at the World of Concrete/World of Masonry in Las Vegas.

McGee’s citation says in 1969, Sam saw opportunity in the construction industry and went to work for Huntley Brothers Masonry, a firm managed by his brother-in-law, Clete Huntley. From there, he went to work for his brother Bill who also had a masonry company.

In 1971, concerned that no one was teaching him how to lay brick, Sam hired his brother Don from Huntley Brothers to begin a new company. Don was the only brick mason in the new masonry contracting firm.
Don made a deal with Sam: “If you’ll teach me how to sell, I’ll teach you how to lay brick.”         Don told Sam that convincing him to leave his job to work for Sam proved that Sam must be the greatest salesman in the world. At that point, they became partners in McGee Brothers Company. Sam managed the new company while he learned the trade. By 1980, Bill, Harry Lee and Mike McGee and the Huntley Brothers, Clete, Dwayne and Theron, had all become a part of the McGee Brothers Company.

McGee Brothers Company would evolve into one of the most successful masonry contracting firms in the nation and for years, would top ENR News and Masonry Construction Magazine’s list of the country’s largest masonry contractors, the citation says. Specializing in residential masonry in the booming Charlotte market, the company pioneered one-stop, turnkey masonry installation, adding a level of professionalism in appearance and performance that was rare in the industry at that time.

A mission statement evolved: “To bring professionalism and orderliness to our industry. To make it simple, pleasant and affordable to do business with us. To enable our employees to learn, progress, and earn in proportion to their contribution.”

The company has been an innovator from the start. Their first piece of equipment was the modified Ford farm tractor-tuned-forklift that Sam and Don rented from their father. (The restored relic is still on display at the company shop.)

McGee worked to make masonry “fun” and knew the way to accomplish that was to take away as much of the drudgery as possible. Scoops replaced shovels, forklifts replaced wheelbarrows, scaffolding became adjustable, pickup truck beds were replaced with utility bodies. Innovation included marketing. Builders learned that McGee Brothers Company provided trouble-free masonry service and lots of options for making homes attractive to buyers.

“Sam and McGee Brothers have always been promoters not just of the product, but also of masonry careers. Nephew Travis McGee still holds the world’s record for brick laying from a competition some 20 years ago in Texas,” the citation says. “Two McGee Brothers employees have won the SpecMix Bricklayer 500 three times between them. Numerous company employees and former employees are state and national bricklaying champions, the citation says.

Mike Burris of Metcon Inc. in Raleigh has been elected as the Construction Professionals Network (CPN) of North Carolina president.

The CPN was created in 1998 as a non-profit corporation to encourage the association of outstanding business owners, senior executives, professionals and public officials all related to the construction industry. This network of individuals is a close knit, trusted source of information; giving advice, and providing services to improve business practices within the construction industry in North Carolina.

Other CPN executives elected at the 16th-annual conference at the Carolina Hotel at Pinehurst Resort include: