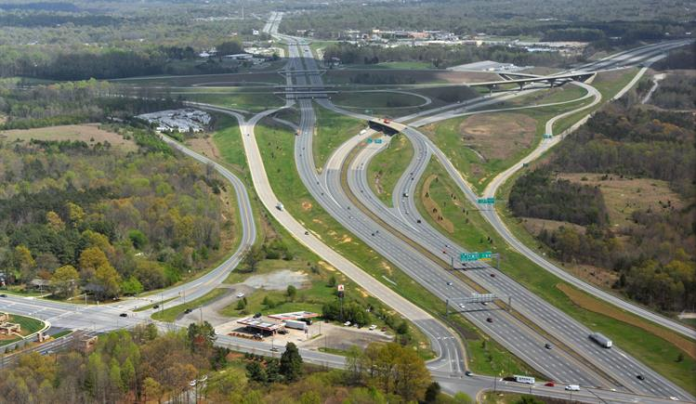 The State Transportation Improvement Program (STIP) is NCDOT’s proposed funding and construction schedule for projects to be completed during the next 10 years.

The plan is updated every two years, NCDOT says in a statement. Projects scheduled in the first five years of a plan are considered committed and are not re-evaluated, but projects in the final five years of the 10-year plan are prioritized again, along with suggested new projects. The Board of Transportation is expected to consider final approval of the draft plan this summer.

The draft STIP includes projects in all 100 counties in the state and all modes of transportation. The projects break down this way: 1,266 highway, 86 aviation, 235 bicycle and pedestrian, six ferry, 23 public transit and 47 rail. Projects were selected based on technical data, as well as input from local officials and residents.

A few of the major projects in the draft plan include:

A complete breakdown of the projects in the draft plan, as well as changes from the current 2018-2027 STIP, are available on the NCDOT website.

Each of the department’s 14 highway divisions will schedule an in-house week-long public comment session in February or March during normal business hours. The sessions will serve as opportunities for interested residents to review maps and handouts about the projects, ask questions of local NCDOT staff, and submit comments. There will also be an opportunity for residents to submit comments online, with those details being announced later.

Projects that did not score high enough to be funded at the statewide level are rolled over to the regional level to be considered for funding. Projects that were not funded at the regional level could still be considered at the division level. This cascading aspect of the process helps ensure that local input from officials and residents plays an important role in prioritizing projects for funding.