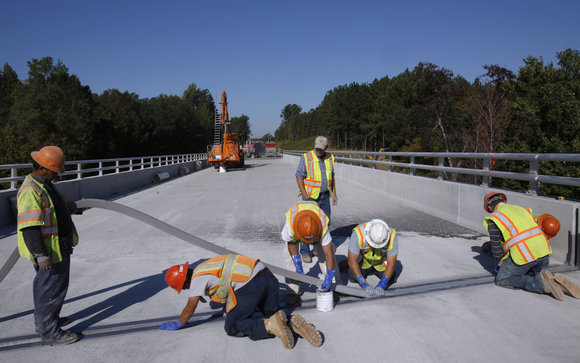 Workplace fatalities dropped 34 percent in 2012 based on preliminary figures released by the N.C. Department of Labor.  Fatalities dropped from 53 in 2011 to 35 in 2012, reported workerscompensation.com.  “Last year the Department of Labor vowed to redouble its efforts to prevent workplace accidents from happening, and we called on employers and employees across the state to recommit themselves to workplace safety and health,” Labor Commissioner Cherie Berry said. “While zero is the only acceptable number, we are encouraged by a 34 percent drop and to see that our joint effort with the thousands of employers and employees made a difference.”

The Labor Department’s Occupational Safety and Health Division has taken a proactive approach to help prevent injuries, illnesses and fatalities in North Carolina workplaces by establishing partnerships with some of the most hazardous industries. The OSH Division also issued hazard alerts regarding forklifts, struck-bys, heat stress and firefighter safety after identifying problems in those areas the previous year.

“We have increased our outreach to employers and employees with hazard alerts, industry guides and posters, as well as focused training,” said Allen McNeely, director of the Occupational Safety and Health Division. “We will continue our efforts this year in order to educate workers and decrease the number of accidents caused by being struck by vehicles and equipment.”

The OSH Division has identified four hazards known as “the big four” that have caused 80 percent of the work-related deaths in North Carolina during the past decade. The leading cause of the work-related fatalities in 2012 was struck-by events with 14. Six workers were caught in/between objects, and five workers died in falls from elevations. Four were electrocuted. Six workers died in other fatal events.

“While fatalities in the workplace were significantly lower this past year, struck-by hazards continue to rival falls as the cause of many worker deaths,” McNeely said. “These types of accidents can and should be avoided, so we still have plenty of work to do.”

Construction was the leading industry for fatal accidents with 10 in 2012, a decrease from 16 in 2011. Agriculture, forestry and fishing had the second highest number of deaths with seven, down from 10 in 2011. The number of fatalities in manufacturing increased from three in 2011 to six in 2012. The services industry also saw an increase in fatalities, from four in 2011 to six in 2012.