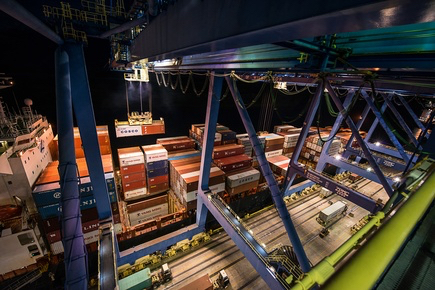 The North Carolina State Ports Authority board has agreed to spend up to $21.6 million on a project to widen the Port of Wilmington’s turning basin to accommodate larger ships, the Wilmington StarNews has reported.

“This is a good project,” authority CEO Paul Cozza was quoted as saying. “It makes sense.” The project, scheduled to be completed by June 30, includes removing a bulk pier and dredging along the port’s side of the river to expand the turning basin from 1,200 ft. to 1,400 ft. Cozza said the resolution does not give him free rein over the funds — it only sets a maximum amount the authority’s staff can spend on the project. A public bid opening was scheduled for early February.

“There are no blank checks from our board,” Cozza said. The port is looking to accommodate larger ships that can handle more containers that will be able to pass through an expanded Panama Canal when it opens this year. Cozza said the port’s project should be completed by June 30.