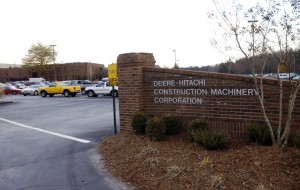 North Carolina was recognized as the nation’s top business climate for the 10th time in 12 years by Site Selection magazine. According to the Winston-Salem Journal,  the magazine  chose North Carolina primarily because of its successful economic efforts, whether expansion or recruitment, “across a wide spectrum of industries, from aerospace to life sciences to energy.”

“All states face economic and budgetary challenges these days, but this ranking reminds us that there are significant success stories, too,” said Mark Arend, the magazine’s editor in chief.

Arend said North Carolina regained the top ranking from Texas based on the combination of work-force availability and skill sets of interest to employers, proactive business-development agencies, logistics assets and higher education infrastructure.

The state’s business reputation has been based prominently on large financial institutions, research universities and Research Triangle Park, budding aerospace and biotechnology clusters, life sciences and a transitioning manufacturing base focused on advanced and high-tech products.

The magazine’s rankings are determined 50 percent based on five criteria – three that require states to demonstrate a strong record of attracting capital investment, and two are the Tax Foundation and KPMG’s Location Matters analysis of state tax burdens on mature firms and new firms.

Deere-Hitachi confirmed plans Oct. 5 for creating at least 340 full-time jobs over four years and making a $97 million capital investment that will bolster its Kernersville operations by 60 percent. That includes buying 60 acres and opening a second plant with 330,000 square feet in nearby North Park. The company also will keep 719 jobs at the Kernersville operations.

Lenovo, meanwhile, said Oct. 2 it is expanding its Whitsett operations, adding 115 jobs that will be focused on assembling Think-branded notebook and desktop computers. The other 50 percent is based on a survey of business executives, which ranked North Carolina second behind Texas.

Site Selection is not the only survey in which North Carolina has the top or a high ranking in terms of business friendliness or climate. Some of the criteria measured by other surveys, such as Forbes, CNBC and Chief Executive magazine, include evaluations of tax laws and the level of union activity.  Read More.