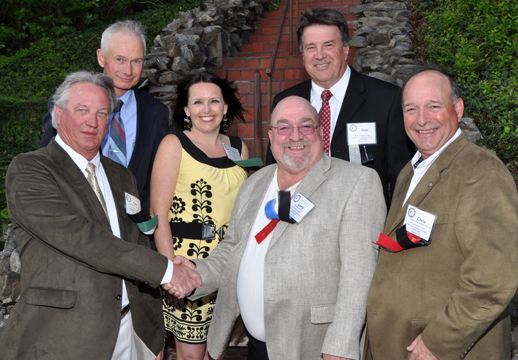 Officers for the 2012-2014 term were elected at the North Carolina Masonry Contractors Association Convention at the Grove Park Inn Resort & Spa in Asheville.

Larry Kirby is the first out-going president to be presented the newly created “Glenn W. Sipe Presidential Service Award,” named to honor NCMCA’s first president elected in April 1974.   Mr Sipe, now 91 years old, was present for the installation of officers and the presentation of the new award. Read More.