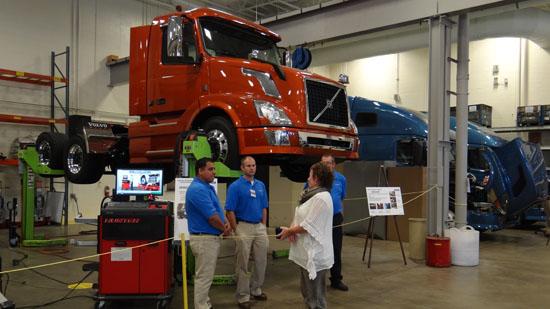 N.C. State University economist Mike Walden is bullish on the state’s manufacturing sector. He foresees an industrial revival that could advance the recovery in the state’s other economic sectors, reports the Charlotte Business Journal.

Renewed strength in manufacturing is one of four factors driving the state’s economic recovery. The others are a surge in construction, a jump in college graduates attracting knowledge-based industries and growing numbers of retirees. Even after the recession, manufacturing represents 20% of the gross state product. The national rate is 12.5%.

Walden projects the state will add more than 100,000 jobs both this year and next. Job gains should drop the N.C. unemployment rate to 6.8% by year end 2014, he says. It was 8.7% in August. One reason for Walden’s optimism: Manufacturing output is back to prerecession levels as U.S. competitiveness improves.

Output doesn’t equal employment, however, at least not in the manufacturing sector. Manufacturers cut jobs to improve efficiency and cost-competitiveness, and many jobs aren’t likely to return as automation grows in production, Walden says.

But that’s just part of the picture. Every manufacturing job has a multiplier effect, supporting one-half to two jobs, Walden says. So the impact of manufacturing spills across the broader economy.

“A little activity in the manufacturing sector tends to ripple through the economy more than some other sectors,” says Mekael Teshome, an economist at PNC Financial. Manufacturing is the largest source of exports from the state. “Especially for North Carolina, it’s the one sector that can readily tap into the global market,” Teshome says. “It’s a 7 billion-person market versus just a state or national market.”   However, the recovery seems to have matured, meaning manufacturing will not grow as quickly as in 2011 and 2012, he adds.

National trends should play out in North Carolina. That means continued demand for equipment for construction and other industries, appliances, automotive parts, electronics, aviation parts and medical equipment, Teshome says.

Like Walden, Wells Fargo Securities Chief Economist Mark Vitner says a manufacturing revival is under way. He goes further, calling it a “huge renaissance.” “The gap with China is continuing to narrow,” Vitner says. “The production process in the U.S. is becoming more efficient. You don’t have to produce as much product in order to get the same economies of scale as you used to.”

Traditional sectors such as furniture, textiles and apparel are sharing in the renaissance, he says, although job creation is minimal. “We’re seeing a recovery in parts of the manufacturing industry we never thought we’d see again,” Vitner says.

Despite encouraging signs, Steve Menaker, McGladrey partner and Southeast manufacturing leader, says some industrial sectors are struggling. Defense-sector manufacturers have been hurt by federal budget cuts. Transportation and heavy equipment is struggling as well, as are some energy manufacturers hurt by uncertainty over stricter environmental regulations.

Manufacturers responding to McGladrey’s latest survey feel less confident this year than they did last year. “Consumers are not really spending a lot of money,” Menaker says. “The only real way (manufacturers) are going to grow is to find opportunities for overseas expansion.”  Read More.