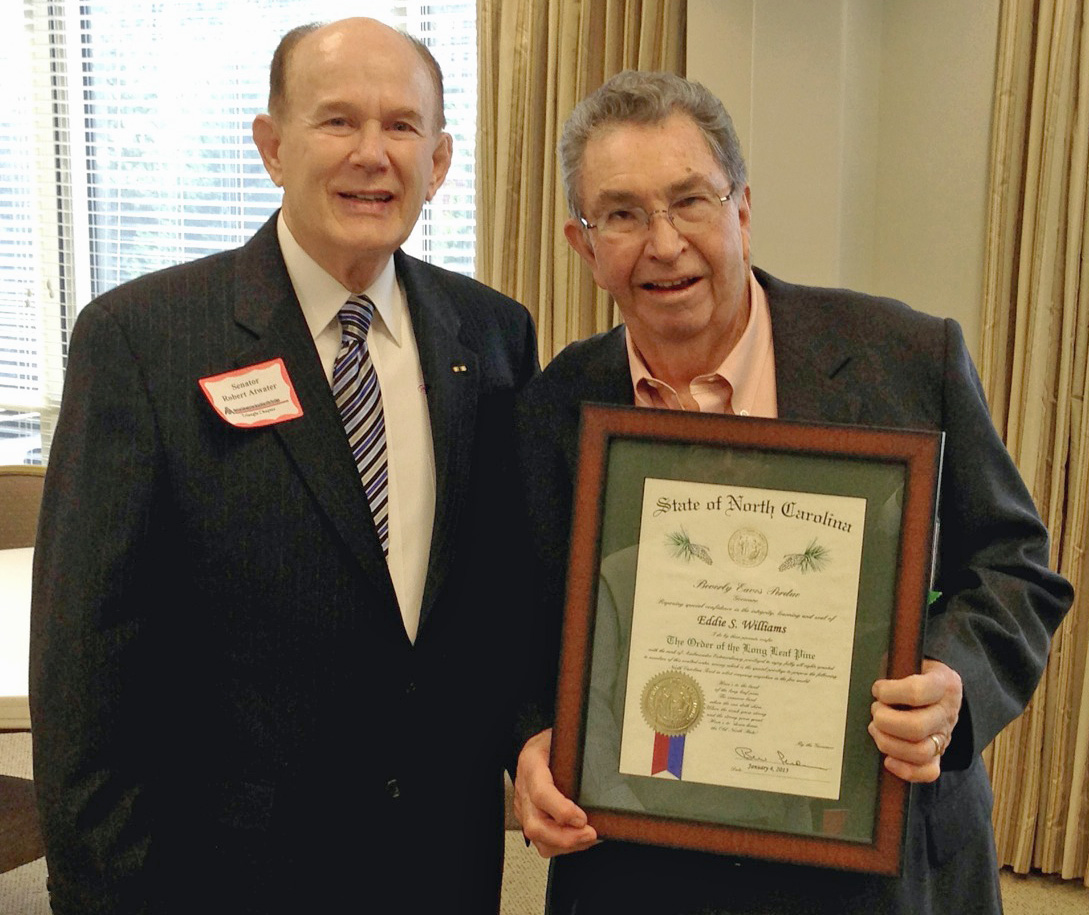 Pictured from left to right: Former Senator Bob Atwater with Buckner’s Chairman of Board, Eddie Williams

Buckner Companies Chairman of the Board, Eddie Williams, has been recognized by former North Carolina Gov. Bev Purdue for his accomplishments, service and contributions throughout the NC construction industry.

Former NC Senator Bob Atwater presented Williams with the prestigious Order of the Long Leaf Pine Award on behalf of former Gov. Purdue.  The Long Leaf Pine Award is one of the most prestigious that the North Carolina governor can bestow recognizes a citizen’s contributions to his or her community and dedication to his or her profession.  Williams joins a notable rank of more than 7,000 recipients, including Billy Graham, Michael Jordan, Charles Kuralt and Doug Marlette.

Williams started working with C.P. Buckner Steel Erection, Inc. in 1952 where he began his career as a rebar laborer to Chairman of Board of one of the country’s most respected steel erectors. Williams has made his way to the top by working at most every trade and management position within his company as well as holding leadership positions in virtually every major trade organization in NC construction industry.