Center Square News reports that the 10-member Council of State unanimously passed a resolution on Oct. 6 that initiates the Build NC bonds sale, part of a $3 billion transportation package approved by the General Assembly in 2018.

State officials approved issuing the bonds despite a record of overspending by the North Carolina Department of Transportation (NCDOT), the published report says.

NCDOT has overspent on construction and maintenance by $2 billion and maxed out its Highway Trust Fund by $1 billion since 2019, State Treasurer Dale Folwell was quoted as saying. A recent state audit also found the state agency overpaid employees by $40 million.

“We think that this long term is going to fulfill our obligation to the legislation – the Build NC legislation as far as the issuance of bonds and, more importantly, filling the responsibility that we owe to the road users, to taxpayers and, of course, the vendors who have been suffering over the last two years because of overspending at DOT,” Folwell said.

NCDOT has entered into a legal agreement with the state treasurer’s office, the budget and management office and the state controller’s office to ensure oversight and accountability during the Build NC program, scheduled to cover transportation projects over 10 years.

“These transportation funds will meet immediate road construction and repair needs in North Carolina communities, serving regions that have faced real uncertainty about the future of projects that are critical for their schools, businesses and neighborhoods,” House Speaker Tim Moore, R-Cleveland, said.

Borrowing money through bonds allows the state to spread the costs across multiple years instead of breaking into cash flow or current revenue to cover the project expenses. North Carolina continued its bond issuance amid the economic downturn caused by the response to the COVID-19 pandemic because of its AAA bond rating from all three bond rating agencies. An AAA bond rating allows the state to finance debt at the lowest possible interest rates.

The treasurer’s office expects the $700 million in bonds to be ready for sale by the end of this month.

As well, Three North Carolina counties will decide whether to approve more than $570 million in bonds in the November election. 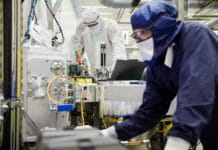