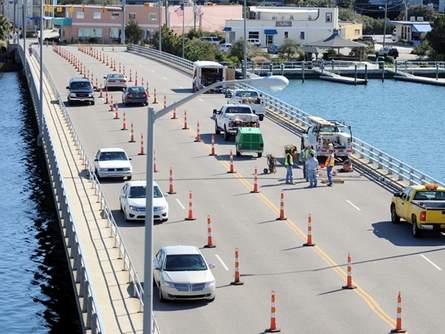 Construction employment remains below peak levels in 329 out of 337 metro areas, according to a new analysis released today by the Associated General Contractors of America. Given the continued weakness in construction employment, the association urged Congress to pass years-late infrastructure measures, including legislation to fund highway, transit and aviation construction work.

“What makes these job losses even more frustrating is the fact that many of them could have been avoided,” said the association’s chief executive officer, Stephen E. Sandherr. “Thousands more construction workers would be employed today if Congress wasn’t years late in passing measures like the highway and transit bill.”

AGC’s Sandherr noted that the employment figures would have been higher had Congress not been years late in passing a range of key infrastructure investment bills, including a multiyear surface transportation bill that funds highway and transit construction projects nationwide.  He said that the association is working with groups such as the U.S. Chamber of Commerce to push for passage of a new, fully-funded surface transportation bill as part of an effort called “Make Transportation Job #1.”