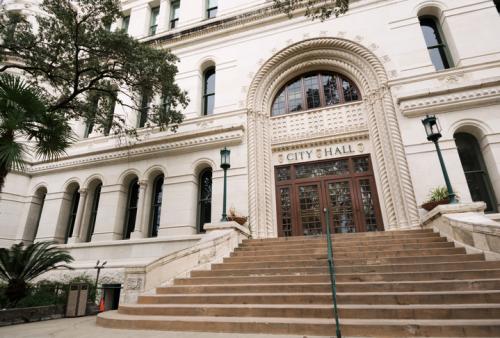 Wake County and the North Carolina Department of Transportation (NCDOT) expect to borrow hundreds of millions of dollars for construction and renovation following a Local Government Commission (LGC) decision on Aug. 3.

The Council of State also approved NCDOT’s request for authorization for Grant Anticipation Revenue Vehicle (GARVEE) bonds, which allows the state to finance projects based on funding it expects to receive from the federal Highway Trust Fund.

NCDOT Chief Financial Officer Stephanie King said the bonds are the eighth GARVEE bonds issued in the state. The bonds have a total interest of 1.74% and bring the outstanding principal to $1.17 billion, the published report says.

The funds will assist with the widening of Interstate 40, U.S. Route 321, Interstate 26 and U.S. Route 401 and projects on the Winston-Salem and Fayetteville Outer loops and U.S. 70 Havelock Bypass.

King said she expects the agency to close on the bonds by mid-September.

Wake County’s $548 million in financing will be used to accommodate the growing student population within the Wake County Public School System.

As well, $16 million in financing was approved for various projects in Thomasville, Bevard, Ayden, Landis, Swepsonville and the village of Walnut Creek.

The LGC also approved $52.5 million in revenue bonds for water and sewer improvements in Johnston County, $50 million in general obligation bond anticipation notes for projects in Durham County and a $13 million loan requested by Wilson County to match lottery funds for school construction, the report says.